Justice Collin Lawrence Sequerah, in his decision, said the Pekan MP must not make statements relating to the trial "as if the trial is in the public domain".

The court had earlier heard submissions from both parties arising from the prosecution's application for Najib to be issued a warning on the matter.

"The statements that Zeti had made (in interviews) do not justify the accused in this case responding by way of his Facebook post.

"What the accused stated in his post can be viewed as a whole, as an attack to the witness.

"The court therefore issues a stern warning not to repeat the action," said Justice Sequerah here on Thursday (Jan 7).

He added that the court would take any action necessary to protect the integrity of the court.

"She continued to attack my client one day before his SRC International Sdn Bhd charging (July 4,2018)," he added.

Shafee said Zeti's statements were recorded because she was a part of the 1MDB special task force which investigated the scandal involving the sovereign wealth fund.

"She knew she was a potential witness. My client wouldn't know. She would know," Shafee added.

He said that the court needed to be conscious of the citizens' right to freedom of speech under Article 10 of the Federal Constitution and whether the social media post was a contempt of court.

Meanwhile, DPP Ahmad Akram Gharib said that one of the two articles which carried Zeti's statements was from euromoney.com.

"It was an interview on the issue of economy. Nothing in this whole article amounts to a personal attack on Najib," he said.

While the second article, from The Edge, was Zeti's response to a claim Najib made in a recent interview.

"What we can say, she was responding to a statement made about her. She was not even listed as a witness at this point.

"This is a clear case of contempt. We move the court to give a warning so this does not happen again," he added.

On Tuesday (Jan 5), the prosecution made an application for the court to issue a warning to Najib regarding his Facebook post on Dec 29 where he urged Zeti to respond to allegations that her family received more than RM100mil, said to be from 1MDB funds, from fugitive businessman Low Taek Jho, or better known as Jho Low.

The allegations had first surfaced on Malaysia Today blog, which is owned by fugitive blogger Raja Petra Kamaruddin.

The trial continues on Feb 8.

1MDB trial: Prosecution wants Najib to be given stern warning for 'attacking' Zeti on FB 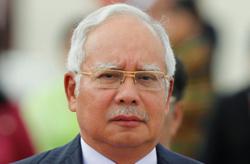