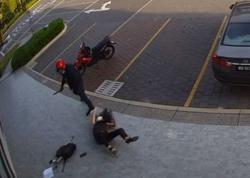 KOTA BARU (Bernama): Road users found dumping garbage from vehicles can be fined up to RM2,000 or jailed for a maximum of six months, says the Kelantan Road Transport Department (JPJ).

Referring to a video clip which went viral on social media Tuesday (Jan 6), the department said it had issued an investigation notice to a female motorist for throwing rubbish out of the vehicle into a river in the state.

Her act violates Rule 52 of the Road Traffic Rules 1959 and the perpetrator can be prosecuted under Section 119 (2) of the Road Transport Act 1987 for dumping garbage from a motor vehicle, according to the statement Wednesday (Jan 6).

Perpetrators who repeat the same offence will face a fine of up to RM4,000 or imprisonment of not more than two months, or both.

On Tuesday, a viral video clip showed a vehicle stopping by the bridge before a woman threw a plastic package into the river through the vehicle’s window.

The woman’s action was criticised by internet users as having no civic awareness to brazenly throw garbage openly into the river. - Bernama