PETALING JAYA: Malaysian tourism industry players hope that there will be definitive action plans to revive and improve the national tourism industry following the announcement of the 10-year National Tourism Policy.

Leong said MTGC wanted to see “defining action plans” that clearly identified the timeline, responsibilities as well as human and financial resources required for the implementation of the policy so it would be more practical and achievable.

“No player should be left out, including licensed tourist guides who have been much neglected in the past, ” he added.

He said there should be an understanding of which tourism assets were neglected, the level of tourism services available for tourists, how the industry would be organised and most importantly, the main challenges preventing Malaysia’s tourism industry from reaching its full potential.

“Tourism is not the type of industry you want to allow to set sail without a clear direction and without someone professional at the helm, ” Leong said.

Malaysian Association of Tour and Travel Agents (MATTA) president Datuk Tan Kok Liang suggested that given the current uncertainty in the global economic landscape, the National Tourism Policy could be segmented into various phases based on the business environment.

“The first three years would be about resetting tourism as the entire tourism ecosystem is on the brink of collapse.

“Re-imagine tourism destination strategies, digitalisation, infrastructure development, upskilling, rebranding and repackaging should be emphasised in tandem with the new travelling trends, ” he said.

Tan said the roadmap needed to provide an opportunity for stakeholders to realign and reinvent towards better and more sustainable tourism for the future.

“This is a good initiative and a good start to 2021. We look forward to critical structural changes in the government and private sectors to facilitate tourism recovery and raise Malaysia as a preferred international destination, ” he said.

Malaysian Association of Hotels chief executive officer Yap Lip Seng said among the changes needed were how to attract international arrivals to the country versus immigration controls.

“While immigration concerns are valid, it should be a matter of enforcement and not upfront restrictions, ” he added.

Yap said over the course of engagement with the government on the development of the National Tourism Policy, stakeholders had also “warned of the risk of over-

committee” where historically, the industry had seen an excessive number of committees, sub-committees, working groups and councils set up to discuss matters but with little or no solid actions.

“The National Tourism Policy should be the source of authority to act immediately. Stakeholders are immediate parties on the ground with direct access to industry analytics and market trends. They should not be taken lightly, ” he said.

He said previously, the government had announced a RM1bil financing scheme for tourism and entertainment players under the Short-term Economy Restoration Plan (Penjana).

However, there has not been much in terms of the take-up rate for the loans due to stringent criteria set by financial institutions.

“We want to encourage more investors, especially foreigners, to come in as we have many tourism products and destinations that need the investment such as eco-tourism.

“But if local banks don’t finance us or think that it’s not viable, then what will foreign investors think?

“With this policy, we will know which direction we are going in, ” he said. 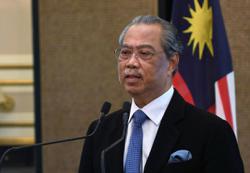