Without directly mentioning Tengku Razaleigh's name, Shahril said that he could not understand the move made by a "senior and influential" lawmaker with the title of party adviser, who had openly held a press conference with an Opposition leader.

"Imagine if it were another individual who did the same – what would the reaction be?

"Or what if an Umno lawmaker or any Umno leader openly create a movement, call the media together with opposing parties without the approval of the party president or the supreme council?

“Would this set a good example? Would this improve the situation in the party? Surely not," he said in a press statement Wednesday (Dec 16).

The two old-time rivals said that they would be willing to form a “unity government” if Budget 2021 failed to be passed and the Perikatan Nasional government fell.

Shahril said that the party should not normalise such incidents as part of Umno's “political new norm”.

"That is why I am voicing this out, so similar incidents will not occur as if it is nothing unusual.

"It must be stopped. In the midst of Umno trying to look for its next move, discipline and integrity within the party must be protected," he said. 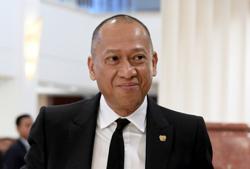 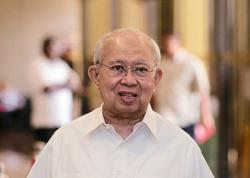