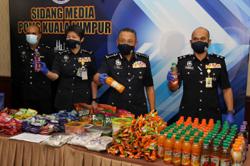 He added that 89 people have been caught in the raids, and 67 of them have been arrested, saying that they were aged between 14 and 64.

“Normally, these parties will also have drugs and alcohol, ” said Comm Saiful.

He added that the raids also led to the seizure of a combined total of RM2,358 in drugs.

“Everyone - including the management of the premises - is urged to cooperate with us by providing information about such parties," said Comm Saiful at a press conference at the contingent police headquarters on Wednesday (Dec 16).

He said that the owners of premises could also be charged under the Dangerous Drugs Act 1952.

In an unrelated matter, Comm Saiful said that foreign suspects involved in phone scams will be designated “persona non grata”.

It is known that as of now, eight have been designated as such.

Comm Saiful said that the status of 23 more suspects is still pending, following a request made to the Immigration Department on Dec 15.

“This is following the announcement made by Inspector-General of Police Tan Sri Abdul Hamid Bador, ” he said.

On Dec 14, the IGP said that a suggestion to the Immigration Department declare heads of foreign scams and vice syndicates as persona non grata has been made. 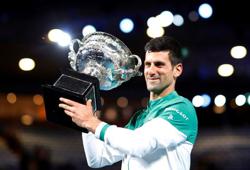