MUAR: A woman was killed and her husband and three children injured after their car collided with another vehicle at Jalan Salleh, Simpang Parit Setongkat, here Monday (Nov 30).

Muar OCPD Asst Comm Zaharudin Rasip said the incident occurred at about 2am on Monday.

The victim, identified as Nor Aina Farahin Jai, 31, was seated in the front passenger seat with her husband, Muhammad Alliashia Othman, 37, who was driving their vehicle from the Muar city centre towards Pagoh.

“Upon arriving at the location, another vehicle driven by a 49-year-old man suddenly came out from the right side of the intersection trying to cross over to Jalan Salleh on the left but somehow collided with the oncoming vehicle.

“The collision caused Nor Aina's vehicle to swerve into the left side of the road, ” he said here.

He added that Nor Aina suffered a serious injury to n the head and was pronounced dead at the location by the medical team.

Her husband, Alliashia, and their children Aliya Farhana Abdullah, 20; Muhammad Alliashia Othman, 10; and Afif Firash Abdullah, 3; all suffered injuries and are currently being treated at the Muar Hospital.

“The driver of the other vehicle also suffered a fractured right leg and is also being treated at the same hospital, ” he said adding that the case is being investigated under Section 41(1) of the Road Transport Act 1987.

Meanwhile, in an unrelated case, two people were killed while three others badly injured after their motorcycles collided at Jalan Johor Baru-Melaka, near Sungai Lurus, Senggarang, Batu Pahat.

Batu Pahat OCPD Asst Comm Azhan Abdul Halim said the incident occurred at about 9pm Sunday (Nov 29) after a 24-year-old man together with his 18-year-old pillion rider suddenly lost control of their motorcycle and crashed into three other oncoming motorcycles coming from the opposite direction.

“Both male victims died at the location while the remaining three people, aged between 16 to 18 years old, riding the oncoming motorcycles suffered serious injuries, ” he said, adding that all of them are currently being treated at Batu Pahat Hospital. 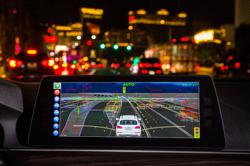