BANGKOK (Bernama): Authorities in Thailand have arrested three suspects believed to be involved in a shootout that claimed the life of a Malaysian policeman at the Malaysia-Thailand border in Perlis Tuesday (Nov 24).

Commander of Thailand's 5th Infantry Division, Maj Gen Santi Sakuntanak, said the trio, one of whom was in critical condition and the two injured, had been detained for further investigation.

"We will facilitate the Malaysian authorities in the investigation, ” he told Bernama when contacted.

However, Santi did not disclose where the suspects, all Thai nationals, were arrested.

A Malaysian General Operations Force (GOF) personnel was killed and another was critically injured in a shootout with suspected smugglers at the Malaysia-Thailand border in Perlis early Tuesday.

Corporal Baharuddin Ramli died at the scene while Corporal Norihan Tari was badly injured and sent to the Tuanku Fauziah Hospital in Kangar.

An initial investigation found that the two GOF personnel were engaged in intelligence work at the location when they were confronted by two groups of smugglers comprising locals and foreigners.

Santi said Commander of Region 4 had sent a letter to the office of Thailand-Malaysia Border Coordination to express condolences to the family members of the GOF personnel who was killed as well as the one injured in the incident. – Bernama 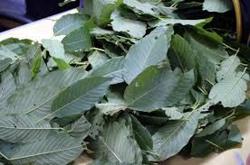