PADANG BESAR: A General Operation Force (GOF) member was shot dead while his patrol partner was seriously injured after they were in a shootout with smugglers at the Malaysia-Thailand border post near here.

Kpl Baharuddin Ramli, 54, died at the scene while Kpl Norihan Tari, 39, is in critical condition from the 3am incident on Tuesday (Nov 24) at the TS9 post along the border.

Both men were from the GOF Bidor's Battalion 3.

Kpl Baharuddin's body has being taken to Hospital Sultanah Bahiyah in Alor Setar for a post-mortem while Kpl Norihan was also transported to the hospital after getting initial treatment at Hospital Tuanku Fauziah in Kangar.

Home Minister Datuk Seri Hamzah Zainudin said the duo were involved in a shootout with smugglers at the border.

He instructed police to probe and identity the assailants involved in the shooting.

It is understood that Inspector-General of Police Tan Sri Abdul Hamid Bador is on his way to Perlis to visit the victims and be briefed on the situation. 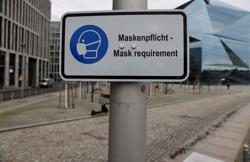