Students from SMK Kuala Besut emerged champions in the final of the "Kid Witness News (KWN) Global Summit 2020", beating two other contenders from Japan and Vietnam.

SMK Kuala Besut headmaster Amran Ibrahim said the students, who come from nearby villages, drew inspiration from the experiences of their various family backgrounds, especially the boy whose father was a boatman at Pulau Perhentian, to develop the storyline of the video.

"Their efforts were supported by teachers here and together, the team qualified to represent the country at the final competition that was to take place in Osaka, Japan.

"Due to the Covid-19 pandemic, however, the competition was conducted online and the results were announced on Sunday (Nov 22), ” he said Monday (Nov 23).

Amran said the production of the video began a year ago and it competed at the national level before being selected for the international competition, where it beat 150 videos from other countries, and qualified for the final, together with entries from Japan and Vietnam.

"We submitted the video entitled ‘Mark Roso: The Island Boy’. It tells the story of a student named Muhammad Nasrur Afdie Marzuki, 17, who helps his family by working as a boatman at a resort island during the weekends and school holidays.

"Although having meagre resources, the team was able to complete the video in a month using only a mobile phone, ” he said.

He added that KWN is a global video education programme supported by Panasonic with the aim of boosting creativity and communication skills, as well as fostering teamwork, through video production, by primary and secondary school students.

For the record, SMK Kuala Besut had previously emerged as champions in the international nuclear awareness campaign in South Korea and was also invited to the nuclear awareness congress in St Petersburg, Russia, in 2019. - Bernama 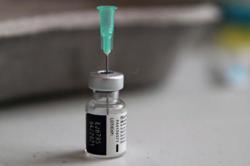