PETALING JAYA: A RM200 e-rebate will be given to users who purchase locally-made refrigerators and air conditioners that have a four or five star energy rating in 2021.

The Sustainability Achieved via Energy Efficiency (Save 2.0) programme will be given an allocation of RM30mil under Budget 2021 and is expected to benefit 140,000 households, said Energy and Natural Resources Minister Datuk Dr Shamsul Anuar Nasarah (pic).

To ensure reliable electricity services for Sabah, Dr Shamsul more than RM458mil has been allocated via grants for the continuation of electricity supply infrastructure upgrades.

Altogether, the Ministry has been allocated a total of RM2.1bil, with RM1.06bil earmarked for operating expenditure and RM1.04bil for development expenditure.

Dr Shamsul said that RM70mil has been allocated for an Ecological Fiscal Transfer for Biodiversity Conservation (EFT) instrument, which is an incentive for state governments for the implementation of projects related to biodiversity sustainability.

”The Government is aware of the burden borne by the state governments in conserving protected areas and habitat protection wildlife, ” he said in a statement on Friday (Nov 6).

He also said that RM20mil would also be allocated to increase the participation of the Malaysian Armed Forces veterans (VAT), the police and the orang asli by 500 people in the Biodiversity Protection and Patrolling Program (BP3).

Its operating areas will be expanded to cover other hotspots including permanent forest reserves.

Dr Shamsul said they would continue the Mangrove Planting Program to preserve mangrove swamps and other tree species in the coastal areas including Tanjung Piai in Johor and Kuala Sepetang in Perak.

He said that they welcomed the RM20mil initial allocation for the MySDG Trust Fund and the RM50mil allocation for maintenance work at eco-tourism locations that come under them such as Taman Negara, state forest parks and geoparks.

“We will optimize our spending to ensure the sustainability of the electricity supply industry and the management of natural resources for the wellbeing of the country, ” he said. 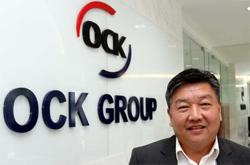 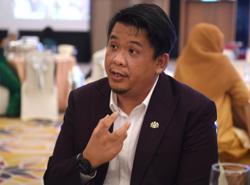