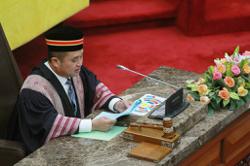 SHAH ALAM: As expected, water was a hot topic at the Selangor Legislative Assembly sitting as a RM2.323bil deficit budget was tabled.

When debating the budget unveiled by Mentri Besar Datuk Seri Amirudin Shari yesterday, Opposition lawmakers were particularly harsh in their criticism of the state’s water woes.

Opposition chief Rizam Ismail (BN-Sungai Air Tawar) said it was sad that the people had to endure frequent water cuts despite Selangor’s status as a developed state.

“What has happened? So many water cuts!” he said, pointing out that Selangor suffered the highest number of water disruptions in the country.

Datuk Mohd Imran Tamrin (BN-Sungai Panjang) said local councils had ample clout and were backed with by-laws to bring the culprits to book.

“As we know, there are many illegal factories operating along riverbanks near water treatment plants.

“Why isn’t there strict enforcement from the state to shut them down?” he said.

Earlier in the morning, there was drama when five Opposition assemblymen came dressed in baju Melayu and songkoks and not in the required lounge suit.

Besides Rizam and Imran, the others were Datuk Shamsudin Lias (BN-Sungai Burong), Zakaria Hanafi (BN-Semenyih) and Datuk Dr Ahmad Yunus Hairi (PAS-Sijangkang).Speaker Ng Suee Lim told the five that according to the rules, they had to dress in lounge suits and not traditional costume, which was only allowed on Fridays.

“Please adhere to the standing orders of the house,” Ng said, pointing out that he was just advising them on the right dress code.

He told reporters later that the five Opposition assemblymen had collectively planned to come in the traditional attire to gain political mileage and discredit him.

“Since I questioned them about it, they will claim that I am racist for not allowing them to wear baju Melayu,” he claimed.

Ng had in the past chided Mohd Sany Hamzan (Amanah-Taman Templer) for wearing baju Melayu on a non-Friday and Elizabeth Wong (PKR-Bukit Lanjan) for wearing a white jacket.

Meanwhile, Rizam admitted that he and the four others had planned to attend the state assembly in traditional costume.

“We are debating the budget tabled by the Mentri Besar and we thought, since it is an important day, why not come in baju Melayu?” he said.

He also said the Opposition would only offer “conditional support” to the state budget. 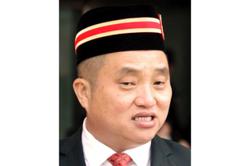 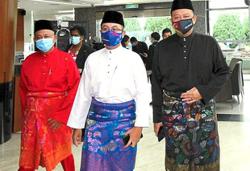