By JO TIMBUONG and SANDRA LOW

PETALING JAYA: The tragic case of a bride-to-be, who died after a liposuction went awry, has broken the hearts of her loved ones and highlighted once more the risks of going to dubious beauty salons.

Coco Siew Zhi Shing, 23, had wanted to look good for her wedding at the end of this year, so she went for a liposuction procedure at a beauty salon in Kuala Lumpur last Saturday. 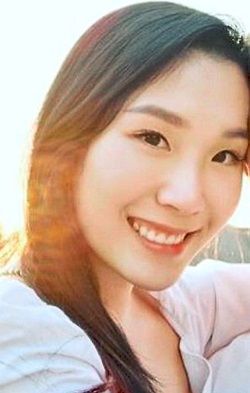 Tragic case: Siew was rushed to hospital after experiencing convulsions during the procedure but she died that evening.

The cosmetic procedure costing RM2,500 was supposed to be done on her arms. Apparently, she found the salon online.

Her brother Xiao Mingan had told Sin Chew Daily that she wanted to look her best for her special day.

It has been alleged that after getting an anaesthetic injection in her arms, her heart slowed down and she experienced convulsions half an hour later.

She was rushed to a hospital but died that evening.

Siew’s cousin, who did not want to be named, was devastated as she had lost someone she considered a sister.

She said Siew would share many things with her including styling and makeup tips.

The cousin said she was very close to Siew, who was the youngest of three siblings. She had two older brothers.

According to the cousin, Siew’s marriage plans were earlier deferred due to Covid-19.

As such, she said Siew, a model, had been looking forward to the wedding to her boyfriend, a South African national, whom she had dated for about four years.

“The family is also very close to her fiance, ” said Siew’s cousin, describing him as a kind and sweet person.

Siew’s family had been in touch with him via video calls, she added.

She described the model as a nice person who had friends who loved her.

“She was very free-spirited and determined, happy, and sometimes, a little too innocent. She was also very honest and wasn’t afraid to describe things as they were, ” she said.

Yesterday, the family gathered for Siew’s wake at a funeral parlour in Kuala Lumpur.

Her remains will be cremated today. Siew’s family has lodged a police report.

The salon is reportedly unlicensed.

The cousin said the model was not a regular customer at the beauty salon and that it was her first time there.

On Monday, Kuala Lumpur police chief Comm Datuk Saiful Azly Kamaruddin said the beauty salon owners, a mother and her daughter, had been detained for investigation for culpable homicide not amounting to murder.

Checks at the beauty salon yesterday found that it was closed despite its opening hours being listed as between 11am and 9.30pm from Mondays to Fridays.

Titling it “My best friend died from liposuction procedure”, Ke Xin said they got to know each other at a Chinese independent school when they were 13 years old.

“I still remember when I was bullied in class by a group of boys. They took all the rubbish in class and stuffed them into my bag, ” she wrote in the post.

“You immediately stood up and called out the group of bullies, took my hand and dragged me to the disciplinary teacher’s office to lodge a report about the boys. It was from there that our friendship gradually blossomed.”

Siew, she said, had good people skills that everybody liked.

Ke Xin also spoke of how happy she was for her school friend when she found her prince charming and decided to settle down.

For now, Ke Xin sent out a caution to women who wanted to go for cosmetic procedures.

“Please be responsible for your own actions. I can no longer find this clinic’s Facebook and Instagram page. You snatched my love away. It is time to take full responsibility, ” Ke Xin wrote, referring to the beauty parlour that Siew went to.

Those who wish to undergo an aesthetic procedure should verify with the MOH if the beauty clinic is registered under the ministry and that the medical practitioner doing the procedure is registered and qualified.