KUALA LUMPUR: The two owners of a beauty salon who were detained in connection with the botched liposuction will be freed on police bail on Wednesday (Oct 21).

"They were remanded since Monday. We have referred the investigation paper (IP) to the Deputy Public Prosecutor at 10am on Wednesday with a recommendation to charge them under Section 304A of the Penal Code.

"The IP is still with the DPP for further deliberation before a decision is made," he said when contacted on Wednesday.

SAC Nik Ros Azhan added that the Health Ministry had conducted their own investigation and will refer the matter to the ministry's prosecution division for further decision on the case.

The tragic case of 23-year-old Coco Siew Zhi Shing, who died after a liposuction went awry has broken the hearts of her loved ones and highlighted once more the risks of going to dubious beauty salons.

The bride-to-be had wanted to look good for her wedding at the end of this year so she went for a liposuction procedure at a beauty salon in Kuala Lumpur last Saturday.

It has been alleged that after getting an anaesthetic injection in her arms, her heart slowed down and she experienced convulsions half an hour later.

She was rushed to a hospital but died that evening.

Siew’s cousin, who did not want to be named, was devastated as she had lost someone she considered a sister.

She said Siew would share many things with her including styling and makeup tips.

The cousin said she was very close to Siew, who was the youngest of three siblings. She had two older brothers.

According to the cousin, Siew’s marriage plans were earlier deferred due to Covid-19.

On Monday, Kuala Lumpur police chief Comm Datuk Saiful Azly Kamaruddin said the beauty salon owners, a mother and her daughter, had been detained for investigation for culpable homicide not amounting to murder. 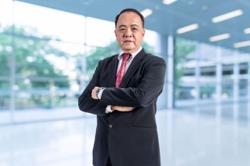