KOTA BARU: A total of 1,240 boxes of vaping devices and e-liquid worth about RM124,000, believed to be smuggled to a neighbouring country, was discovered hidden on the banks of Sungai Golok by the 9th Battalion of the General Operations Force (PGA9).

It is believed that the items were just waiting for the right time to be smuggled before they were confiscated.

PGA9 commanding officer Supt Nor Azizan Yusof said the seizure was carried out by a team patrolling the border during Ops Benteng.

He said while inspecting the Kak Yah illegal base near Kuala Jambu, Tumpat, at about 6.30pm on Thursday, the team found three packages left on the riverbank.

“The team observed for 15 minutes but no one came to claim them. All the packages were taken to PGA headquarters in Kuala Jambu for further inspection, ” he said yesterday.

All the items will be handed over to the Customs Department. — Bernama 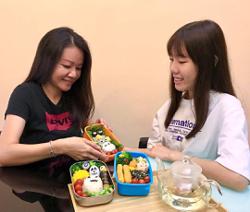