Sg Batu to be developed into archaeological hub 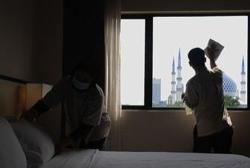 SUNGAI PETANI: The Tourism, Arts and Culture Ministry is committed to developing the Sungai Batu Archaeological Site in Lembah Bujang, near here, into a field archaeological research complex as well as an open gallery.

Minister Datuk Seri Nancy Shukri said it would convince the Federal Government to approve the allocation to implement the plan, which is expected to take two years to complete.

Talking to reporters after visiting the archaeological site yesterday, she said the development of archaeological complexes in this area could help generate revenue through eco-tourism activities, as well as increase the economic activities of the local folk.

“We are now actively identifying domestic tourism products, including the archaeological site, to be promoted as new tourist destinations in the country,” said Nancy.

Researchers have shown that Sungai Batu is the site of the oldest civilisation in South-East Asia with the discovery of iron smelting sites, rituals and administration as well as an ancient jetty dating from as early as 788 BC. 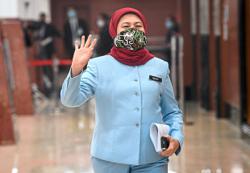