PORT KLANG: Two students in a secondary school here have been tested positive for Covid-19.

He added that he had already informed the news to Health director-general Tan Sri Dr Noor Hisham Abdullah.

Meanwhile, Selangor education director Izmi Ismail said it has been reported to him that the two students have been quarantined, and the state Health Department officers had visited the school at noon.

"The school have also sanitised the classrooms," he added.

Earlier, several WhatsApp messages were being circulated regarding the two cases in SMK Pendamaran Jaya, with one message instructing teachers to come in early to sanitise their classrooms.

Another message stated that since there was no direction from the state education department on the need to vacate the school, parents who were concerned over their children's safety need not send them to school.

Teachers were also told to prevent students from going to the computer and science labs, as well as other shared premises to limit movement.

Teachers were also advised to not allow to eat in a group, leave the classrooms in a group or go to the toilet in pairs.

It is not known how the two students became infected with Covid-19.

Sources say there are quite a substantial number of Sabahan children attending the school.

Officers from the state Health Department were also seen entering the school around noon. 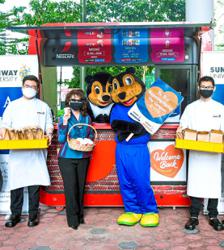 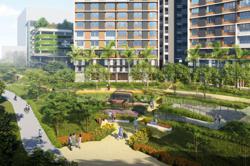