KUALA LUMPUR: A whopping RM296,000 worth of compounds were meted out to recovery movement control order (MCO) violators at an entertainment outlet here Sunday (Sept 27).

"The team comprising three officers and 29 personnel conducted the raid on suspicions of the outlet operating without a licence and violating the recovery MCO.

"We arrested the 27-year-old premises manager. Investigations revealed the outlet was licensed but had no entertainment licence," he said when contacted Sunday.

He said when police raided the outlet, they found 296 people inside, aged between 17 and 39.

"These people were all issued RM1,000 compounds for violating the recovery MCO.

"We also arrested two female Chinese nationals and a Korean man, aged from 18 and 21, during the raid," he said.

He added that the incident was investigated for sale of liqour without licence, providing entertainment without a licence and recovery MCO violations.

Those with information on similar cases should contact the police hotline at 03-2115 9999. 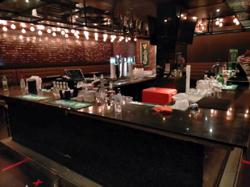