PETALING JAYA: Tyre fragments and debris falling from heavy vehicles are the main cause of traffic incidences on highways, according to PLUS Malaysia Bhd.

From January to August, 895 traffic incidences occurred because of foreign objects on the highways, of which 30% of the cases were attributed to tyre fragments.

The police and the Road Transport Department (JPJ) have jointly carried out periodic spot checks on heavy vehicles and transporters to check overloading, improperly secured consignments and the use of unsafe rethreaded tyres.

PLUS issued the statement in response to the Consumers Association of Penang’s (CAP) view that accidents linked to fallen objects and chunks of rubber from burst rethreaded tyres should not be happening on highways.

The number of incidents related to foreign objects on highways had reduced by 25% compared to the same period last year, said Syed Mohammed.

He also noted that the number of vehicles plying the highways had dropped this year, from an average of 1.7 million a day to 1.5 million, following the movement control order imposed by the government in the wake of the Covid-19 pandemic.

In view of the high volume of traffic, PLUS had implemented its 3Es integrated and innovative road safety and traffic management system encompassing “enforcement, engineering and education”.

“We welcome feedback from our customers and external parties to provide suggestions to continuously improve our services.

“We will never rest on our laurels despite gaining global recognition, including the Prince Michael International Road Safety Award and Miros’ acknowledgement (of us) as the No.1-ranked safest closed toll highways in the country, ” he said.

PLUS previously refuted CAP’s claim in a statement issued on Sept 7 that it had rejected compensation claims filed by road users with a standard reply denying liability for damages.

“PLUS does not simply dismiss any damage claims submitted by customers.

“Last year, we processed and offered a total of 368 claims of damages payments to our customers, ” he said.

“PLUS takes safety and the rights of our customers seriously.

“All claims of damages are accorded equal and fair consideration, upon thorough investigation.

“If investigation of a claim of damages revealed that we had not adequately carried out our duty of care to a highway customer by providing a safe journey in the way that is within PLUS’ control reasonably, ex-gratia payment would be accorded after comprehensive assessments and investigations, ” he added.

PLUS expressed gratitude to CAP for speaking out in the interest of consumers and highway customers.

“It is in line with our motto of taking good care of our customers every step of the way, ” he said. 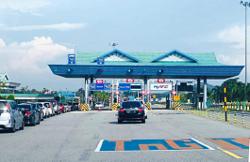 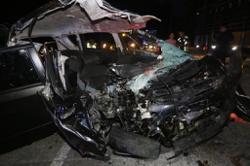