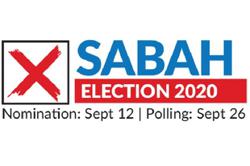 KOTA KINABALU: A group of 24 branch leaders in the Libaran Umno division is trying to get former chief minister Tan Sri Musa Aman to be retained as the candidate in the new Sungai Manila state seat.

Sungai Manila is a seat that was carved out of Sungai Sibuga, which Musa has held since 1994.

The group is seeking to replace the newbie candidate Mokran Ingkat, who has been named by Sabah Barisan Nasional chairman Datuk Seri Bung Moktar Radin on Thursday.

The group, who is led by Taman Sri Gaya branch leader Sapar Sastro, said they gathered in protest because Mokran had never served in Sungai Manila before.

“We want to win and if you want to win, change the candidate. We love our ‘holy’ party because we also love Tan Sri (Musa Aman). So, we want the candidates to be changed.

“If you want to win, nominate our beloved Musa as chairman. That’s all,” he told reporters at a press conference attended by about 40 people in Sandakan yesterday.

Sapar said he hoped that their request would be considered by Umno’s leaders.

“There are 20 branch leaders covering four voting districts here and we agree to reject that candidate,” he said.

When contacted, Bung Moktar said everything was under control in Sungai Manila but declined to comment further.

“There will be no changes; we are sticking to our decision,” he said.

Before Sabah Barisan’s announcement of its candidates, Musa had posted a cryptic message on Facebook: “I’m going back to Sungai Manila.” 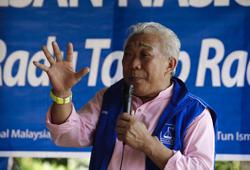