By STEPHANIE LEE and TARRENCE TAN 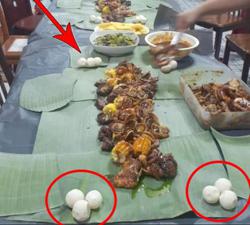 KOTA KINABALU: Another MP has landed himself in hot water after wading into the issue surrounding university student Veveonah Mosibin, whose videos of her trekking into the jungle and climbing trees to get an Internet connection to study went viral.

Kudat MP Datuk Abdul Rahim Bakri criticised Veveonah in a Facebook post for allegedly risking her safety when she chose to spend a night on a tree to get a better Internet connection in her village in northern Pitas district.

Veveonah has denied it and recently uploaded her online exam schedules from June 9 to 12, which led to Zahidi apologising.

However, Abdul Rahim disputed her remarks while maintaining that there was no final exam held online by Universiti Malaysia Sabah (UMS) during that time.

"It is just a normal lecture online, ” he said quoting information received from a lecturer in UMS without saying when this information was supposedly gathered - whether it was right after the video went viral, or recently.

He said the lecturer also informed him that students were allowed to head back to campus and stay during that time, which was still during the movement control order (MCO).

Abdul Rahim said the lecturer also advised students who preferred to stay in their hometowns to go to town or their nearest towns, district offices or schools to get on with their online studies.

The deputy minister further claimed that his officer, hails from Veveonah’s neighbouring village and had spoken to the young woman’s village chief and his own village chief regarding her family background and living condition.

"From what these two village chiefs have told me, her parents have been living outside their village for years as her father works in Pitas town, ” he said in the post on Monday (Sept 7).

"So what I don’t understand here is how can she claim that she lives in Kg Sapatalang when they don’t even have a house there?” he asked.

On this, Veveonah had explained that they were squatting with relatives and on land belonging to a church while waiting for their house to be rebuilt in the village.

This was explained not long after her tree-top video went viral in social media. She had also in June explained that she chose to stay in the village as it was during the movement control order (MCO) and she wanted to help her parents in their farm as they were also not working due to the MCO.

Abdul Rahim’s Facebook remarks did not bode well with social media users, with many urging him to watch other Veveonah’s videos to fully comprehend the issue of bad Internet connection in the village.

They also told him to focus on the dire issue of bad connectivity in rural areas instead.

Others were angry that his remark appeared to be pushing the blame back to Veveonah.

"What are you trying to say? You are supposed to defend the people in your constituency, not about blaming others.

What is the point of asking UMS whether there is an exam or not. The issue here is about the Internet, ” said Firdaus Ridwan.

Meanwhile, in a video clip from social media showing Zahidi speaking at a press conference outside the Dewan Negara on Monday, the deputy minister said Abdul Rahim had told him that Veveonah did not have exams on the day she uploaded her treetop video.

Additionally, Communications and Multimedia Minister Datuk Saifuddin Abdullah had claimed that Zahidi's remarks against undergraduate Veveonah were a mistake, and that he would rectify it.