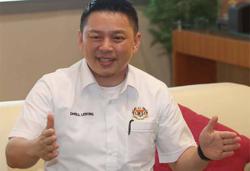 KOTA KINABALU: Stateless people in Sabah must be documented so that authorities can monitor their movements and easily obtain their data when needed, says Datuk Darell Leiking (pic).

The Penampang MP said as long as the group remains undocumented, there won’t be any way for authorities to identify them or search for them if a crime has been committed.

“We have to admit the need to document these people and we have to be a little tough despite all the criticism,” he said in his opening speech during a forum on the impact of Covid-19 on Sabah’s economy here, Thursday (Sept 3).

Darell said documenting these communities does not amount to giving them citizenship.

He said from research done by the Institute for Development Studies (IDS) Sabah in Penampang, it is found that some 70% of youths said they were angry with the assemblyman for failing to send back undocumented migrants.

“They said these illegal immigrants have stolen job opportunities and are making it hard for locals to be employed,” said Darell, who is the IDS Sabah chairman.

“All Sabahans including myself are just as concerned as they are on this issue but what jobs are they referring to that these migrants have stolen from our locals?” he said.

He said people need to ask themselves whether they are ready to venture into hard labour industries dominated by migrants and are they willing to train themselves with these skills to replace foreign workers.

Darell said the thinking that undocumented migrants are not sent home is also incorrect as they have been and will continue to be, whereas deportations are being conducted even with travel restrictions and closing of borders amid the pandemic.

He said people need to be abreast of all factual news and be kept informed with the correct information more so when it comes to what is happening around them.

“We need to upskill and upgrade ourselves so that we can be adaptive to the new post-pandemic ecosystem. We need to adapt to a digitalised way of life while brushing up on what we think we ourselves can excel and are best at,” he said.

Meanwhile in the event, representatives from the tourism, agriculture, logistics and transport as well as manufacturing sector shared their experience on how Covid-19 has impacted their industries and suggested methods to overcome them.

The other speakers spoke on the need to improve on digitalisation for their respective sectors while they urged the government to be clearer in its stimulus packages to help the various sectors keep afloat amid the pandemic. 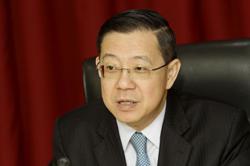