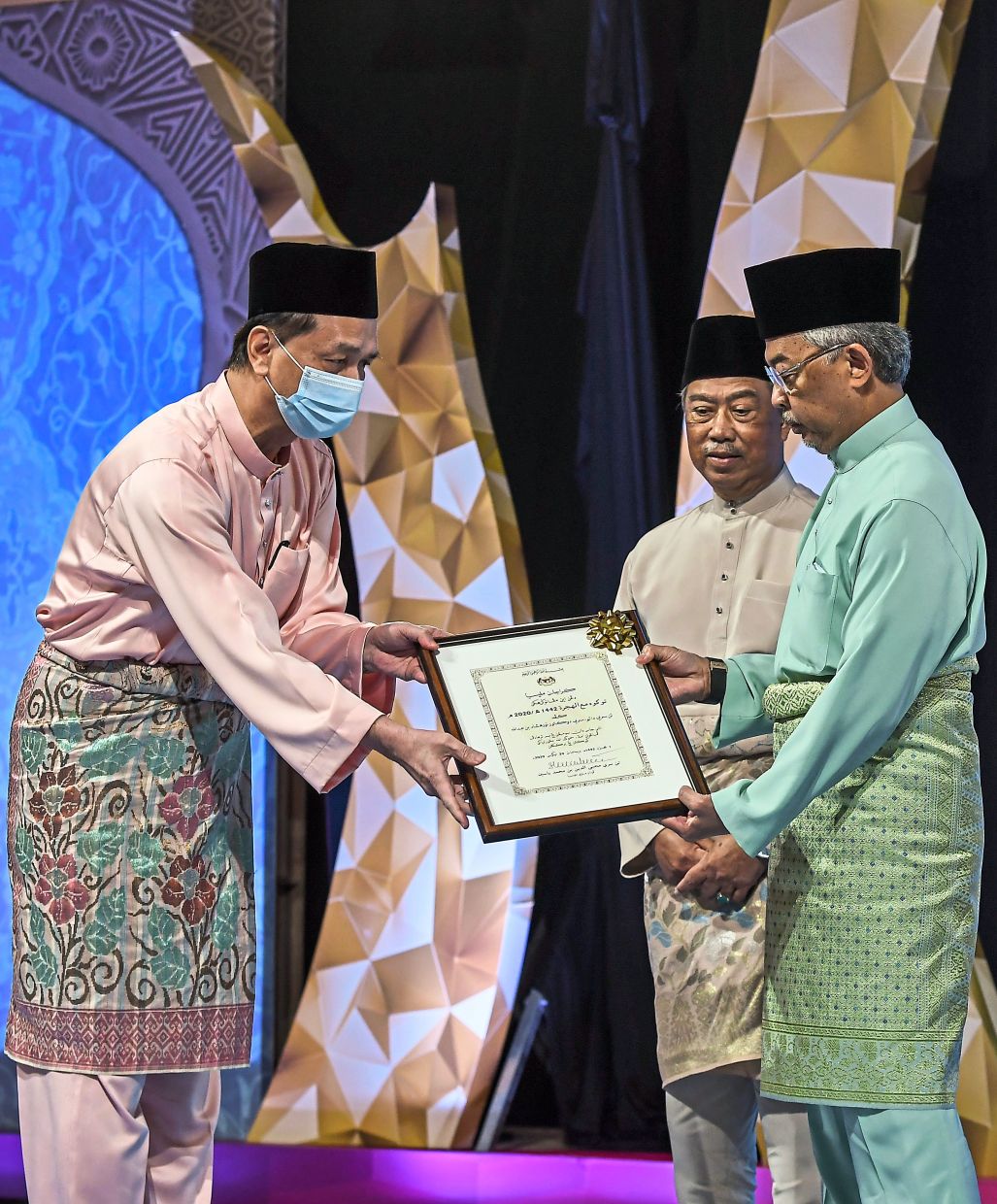 The recipients of the award each received a medal and a certificate from the government, with the items presented to the recipients by Yang di-Pertuan Agong Al-Sultan Abdullah Ri’ayatuddin Al-Mustafa Billah, who was accompanied by Raja Permaisuri Agong Tunku Azizah Aminah Maimunah Iskandariah.

Zulkifli said the selection of the two candidates was based on their significant contribution in uplifting Islam at both the national and global levels, with their achievements recognised both within and outside Malaysia.

Born in Sepang, Selangor, Dr Noor Hisham, 57, is the “face” of Malaysia’s fight against Covid-19, while Ahmad was the former president of Al-Azhar University.