DUE to a flurry of activity in the Dewan Rakyat, a senior lawmaker has suggested for all MPs to undergo a second Covid-19 test.

Datuk Seri Shahidan Kassim (BN-Arau) noted they had been tested before and mooted the idea for a second test due to the increase in interactions between MPs.

“I will seek advice from the Health Ministry and heed their advice on the matter,” he said in the Dewan Rakyat yesterday.

On Monday, Speaker Datuk Azhar Azizan Harun had also advised MPs who visited Covid-19 zones in their respective constituencies to get themselves tested again.

Azhar’s advice followed the emergence of new Covid-19 cluster in the northern states.

He had also advised MPs to get themselves retested for Covid-19 if they had come into contact with those suspected of having the virus.

Lawmakers and officers were required to undergo Covid-19 swab test three days before the start of the Dewan Rakyat on July 13.

Meanwhile, Azhar announced that he was changing the procedure on the bloc-voting process.

He said the House bell to alert MPs to be present in the august Hall would be rung for two minutes.

He added that a 10-minute grace period would then be given before the bell was rung for two minutes for the bloc-voting process to begin.

Azhar said the changes were necessary in light of the distance between the new MPs and administrative blocks, including Covid-19 measures implemented in Parliament. Prior to this, the House bell would only be rung for two minutes to alert MPs that bloc-voting would be held. 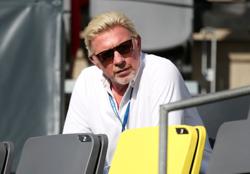