The decision was made by the supreme council at a meeting on Thursday night because of Abidin’s involvement in Tan Sri Musa Aman’s bid to overthrow the Sabah government, the party said in a statement yesterday.

Abidin was among assemblymen who defected to Musa’s side.

However, their attempt to form a new state government failed when Chief Minister Datuk Seri Mohd Shafie Apdal announced the dissolution of the state legislative assembly on Thursday.

It is understood that 10 assemblymen from Parti Warisan Sabah who defected also lost their membership automatically under the party’s constitution.

Bernama quoted Warisan secretary-general Loretto Padua as saying that following the party constitution, these assemblymen had their membership automatically cancelled when they joined other political organisations.

“In this case, they were deemed to have joined Musa and his plot to overthrow the Warisan-led state government. They were all seen at Musa’s house and none of them has denied their involvement, ” he said in a statement yesterday.

Citing Article 3.3 of Warisan’s Constitution, Padua said such a membership would cease with immediate effect when one “joins or becomes a member of any other political party in the country”.

“Parti Warisan has no intention whatsoever of taking back these rebels. They have burned the bridge with the party and we wish them the best in their future endeavour, ” he said. 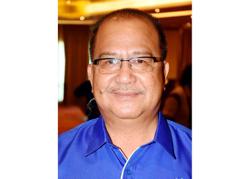