Malaysian Anti-Corruption Commission (MACC) Sabah director S. Karunanithy said it had opened an investigation into claims that several assemblymen were being offered cash and positions to jump ship.

MACC, he said, contacted some of the assemblymen who had made such allegations through the media in recent days.

“From our discussions with them, these assemblymen did not want to make any official report. They told us no corrupt transactions had taken place at this point of time, ” he said yesterday.

Several of these assemblymen have lodged police reports.

Karunanithy said MACC would continue to investigate the matter and welcome information from those allegedly being approached or anyone with information.

Many assemblymen from the Parti Warisan Sabah-led coalition government had made claims of being offered large sums of money to cross over to the state opposition in a bid to topple the state government.

In media reports, some of them claimed to have been offered ministerial positions as well as up to RM50mil.

Musa, who is the Sungai Sibuga assemblyman, managed to get 32 others, including 13 government lawmakers, to switch allegiance in a bid to be sworn in as chief minister again.

The move failed when Yang di-Pertua Negeri Tun Juhar Mahiruddin consented to the dissolution of the state assembly on Thursday. 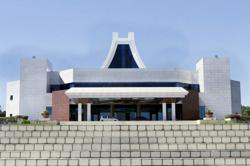