PETALING JAYA: The ongoing shortage of legal foreign workers has taken a toll on the vegetable, livestock and fish farming sectors.

Many farmers have had no choice but to work longer hours themselves while some have had to slash production.

The prices of fresh vegetables and fish have also gone up by between 5% and 50% because there are not enough farmhands, and also because the unusually rainy season has impacted catches and produce.

Federation of Malaysian Vegetable Farmers Associations president Tan So Tiok said most of the over 6,000 farmers throughout the country had resorted to growing fewer vegetables.

“Many of the foreign workers went back to their home countries earlier this year during the festive holidays and were not able to return following the implementation of the movement control order (MCO).

“With no helpers around the farms, we have had no choice but to slash production by as much as half, ” he said.

So Tiok said Malaysians were generally not interested in working on farms and even with those who tried it, the turnover was very high because they could not stand the tedious work.

He added that the situation had been made worse by the rainy season brought about by an unusual southwest monsoon season that had impacted the vegetables’ photosynthesis process and thus, supply.

“Prices of fresh vegetables have gone up by 30% to 50% in the past few months compared with the same period last year.

“For example, red chilli that was priced at RM4 to RM8 per kg is now RM13, and tomato is now RM5 per kg compared with about RM2 previously, ” he added.

Although the freeze on hiring foreign workers is relevant considering the Covid-19 pandemic, So Tiok said the government should allow farmers to start applying for foreign workers now as it would take months before a worker finally got here.

Federation of Livestock Farmers’ Associations of Malaysia president Tan Chee Hee concurred, saying the shortage in foreign labour has had a serious impact, especially on the poultry sector.

“We lack workers to conduct the cleaning and disinfection process of the farm after a batch of chickens has been sold.

“It usually takes from one week to two for the entire process. But now, with fewer workers, the process is delayed for another two weeks and this subsequently delays the start of a new batch of birds.

“This, in turn, slows down the supply of chicken in the market, ” he said.

Chee Hee said the labour shortage had affected the daily work routine on poultry farms as a worker who usually oversaw 30,000 birds in a closed house system had to shoulder more tasks and worked longer hours now.

“It will result in the birds’ care, growth and production being affected, ” he said, adding that prices had been rather stable as demand for chicken had dropped by about 10% to 15% during the MCO.

He called on the government to help farmers and let them hire foreign labour.

Malaysia Fish Industries General Association president Chia Tian Hee said the labour shortage had been an apparent issue for many fish centres and farms operating along the coastal areas in the peninsula.

“A majority of local fishermen with their own fishing vessels and processing centres can only hire foreign workers because even their children are not interested in taking over the business, ” he said.

However, he said the supply of fresh fish had been maintained over the past few months with a slight increase in prices by between 5% and 10% as more fishermen had gone online to sell their catch.

“The government should allow fishermen to hire foreign workers, including assisting them to help their illegal workers apply for the necessary papers, ” he said, adding that the process should also be simplified. 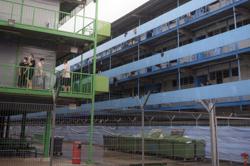 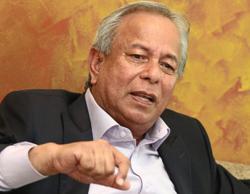 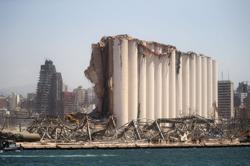