Montom running out from the crate when the door was opened. –BSBCC

KOTA KINABALU: Montom the Sun Bear has been released back into the wild after undergoing a five-year rehabilitation, the eighth from the Bornean Sun Bear Conservation Centre (BSBCC).

The operation to release six-year-old Montom was carried out jointly by Sabah Wildlife Department, BSBCC and Forest Solutions Malaysia in July, according to a joint statement by the group.

Montom was given a final check-up before it was taken on a 12-hour journey to an undisclosed location in northern Sabah by a team from the BSBCC and Sabah Wildlife Department.

Its movement will continue to be monitored on through a GPS collar fitted on the bear, the conservationist said.

Montom was sent to BSBCC in Sandakan on Jan 21,2015, after its owner in Kampung Melngkap in Sabah northern Kota Marudu surrendered it to authorities. The owner had owned it for one year.

According to the owner, he kept the bear cub as a pet, after his dog chased away Montom's mother.

BSBCC founder and chief executive officer Dr Wong Siew Te noted that Momtom had adapted well towards the natural forest surroundings at the centre during its rehabilitation.

Apart from an excellent tree climber, it was also good at foraging, Dr Wong, who led the release operations said.

"We hope Monton can now live freely like a wild bear and propagate the Sun Bear population in Sabah," he said.

"Poaching is still a big threat to the survival of Sun Bears in the wild. They have a very slow reproduction rate, they cannot withstand any level of poaching and other human-caused mortality (factors) such as habitat loss and keeping them as pets and the use of bear parts as traditional medicine," said Dr Wong, explaining why they did not want to disclose where it was released.

After 12 years in operation, Sabah Wildlife Department and BSBCC have successfully stopped sun bears from being kept as illegal pets in Sabah.

SWD also repeated its call to the public to report to the department if they come across any illegal poaching, selling, consuming, and keeping of Totally Protected Species.

BSBCC's facility currently houses 42 rescued Sun Bears at the Centre and is expecting to release several more in the near future.

Montom the Sun Bear back into the wild 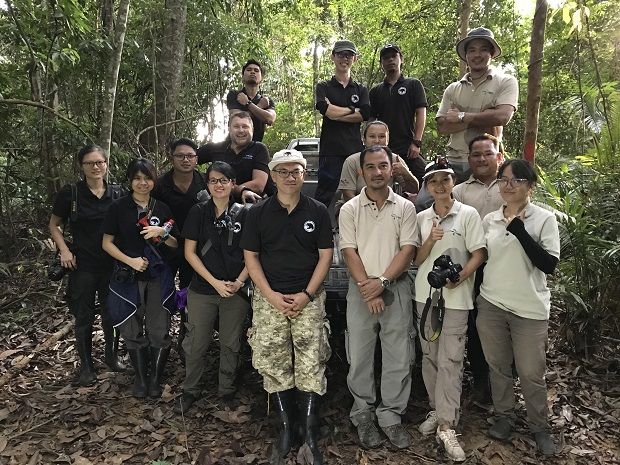 The team for which helped in Montom's release comprising staff from BSBCC and Forest Solution Malaysia. – BSBCC

Montom was fitted with a satellite collar prior to its release. – BSBCC

Dr Wong and the ground team carrying Montom in a transportation crate to the release site. – BSBCC