PETALING JAYA: Talk is rife that the vacant Deputy Works Ministers post will be filled soon.

Tasek Gelugor MP Datuk Shabudin Yahaya is said to be the designated lawmaker to fill the post left vacant after Datuk Shahruddin Md Salleh resigned in June following talk that he had switched his allegiance to former premier Tun Dr Mahathir Mohamad.

When contacted, Shabudin said that it was premature to comment on the matter.

"I cannot comment on this. I do not want to say anything because in politics, anything can happen.

"Once it is official, then only I can comment," said the Parti Pribumi Bersatu Malaysia (Bersatu) lawmaker.

Another source said the position will definitely be filled soon but could not reveal an exact date for the appointment.

It was reported that in a letter of resignation that was tagged to his Facebook page, Shahruddin had said that he had formed a political "ijtihad" (independent reasoning) that it was not the right move to join the Perikatan government under Muhyiddin.

"I should consider my priorities by considering my voters in the Sri Gading parliamentary constituency who chose Pakatan Harapan in the 14th General Election.

"As my first step in correcting this mistake, I therefore resign, as I was given this position (Deputy Works Minister) by the Prime Minister of Perikatan Nasional," said Shahruddin in the letter.

However, there seems to be some confusion over Shahruddin's allegiance, as there are two different versions of his resignation letter disseminated to the media.

In one version, Shahruddin allegedly confessed he had made a mistake by supporting Perikatan, but in the other, he claimed he would remain a backbencher. 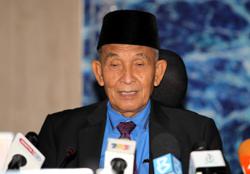 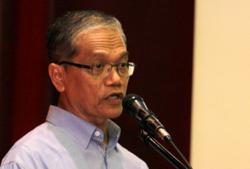