KUALA LUMPUR (Bernama): High-impact and large-scale development projects, involving the population of 33 million, will be enumerated through the Population and Housing Census 2020 (Census 2020) that will begin next Tuesday (July 7).

Themed "Your Data is Our Future”, Census 2020 is the sixth census conducted since 1963, which will cover nine million residences to get a comprehensive input to monitor the 2030 Sustainable Development Agenda.

According to the official website, mycensus.gov.my, census activities will be carried out at all housing areas and residences nationwide in two phases, with the first-phase to be conducted online starting July 7 until Sept 30, while the second phase, from Oct 7 to Oct 24, will be done in person.

Census will be carried out on everybody at their respective residences on Census Day, including non-citizens who have lived or stayed for six months, or more, in Malaysia this year.

However, babies who are born after Census Day, and those who die before that, as well as those who live overseas or are out of the country for six months, or more, for work or study, are excluded from census.

According to an Economic Affairs Ministry’s statement, the Federal Government has gazetted, in accordance to the Census Act 1960, the directive to conduct population and housing census all over Malaysia based on Census Day, which is July 7.

"As such, Yang di-Pertuan Agong Al-Sultan Abdullah Ri’ayatuddin Al-Mustafa Billah Shah has given his consent to the appointment of chief statistician Datuk Seri Dr Mohd Uzir Mahidin as the 6th census commissioner, to supervise the census and ensure planning as well as direction of the census to proceed smoothly, ” the statement said.

In line with technological advancement and current Malaysian lifestyle, data collection via online will be introduced through the Census Portal and mobile application during Census 2020.

To complete the e-Census form, postcards with guidelines and e-Census link (https://ecensus.mycensus.gov.my) at Census Portal will be sent to each residence, besides mobile application for census interviewees to fill information during interview sessions, by using tablets or smartphones.

The Department of Statistics Malaysia (DOSM) will also contact selected residents by telephone.

Dr Mohd Uzir, in his special message on DOSM portal, said Census 2020 would adopt the "de jure" approach in which each person’s information is collected based on his or her usual residence on Census Day.

"This centralised and comprehensive census system with improved e-Census features provides a unified and integrated framework covering the process of complex data collection, analysis and dissemination.

"Thus, the implementation of MyIPCS in Census 2020 will benefit both compilers and respondents in ensuring everyone is counted.

"Additional questions on housing details, health, lifestyle and social relations are also included in Census 2020 to accommodate the changing lifestyle in society, ” he said.

He said DOSM has also adapted a new approach by introducing MyCensus 2020 portal (www.mycensus.gov.my) as an information gateway that offers an abundance of census information in the form of infographics, interactive visualisations and various online census-related applications.

Detailed profiling will be used for planning and decisions related to public services in each locality such as hospitals, schools, roads and public transportation.

However, as based on the Census Act 1960 (revised 1969), Census 2020 will also guarantee the confidentiality of information collected from all individuals. - Bernama 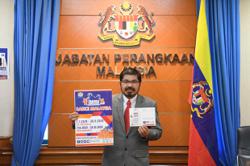 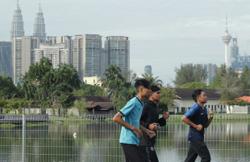 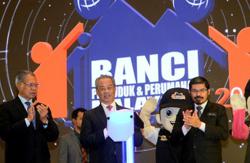 Get counted to help development