SEREMBAN: A 57-year-old widow has been cheated of RM1.15mil in a love scam by a man she befriended through a chat and dating application.

State commercial crime chief Supt Aibee Ab Ghani said the victim is a government servant who came to know the 57-year-old suspect in Sept last year and subsequently fell in love with him.

"The suspect then began asking for money from the victim and she started giving him cash which belonged to her family. She first transferred RM3,300 into a bank account belonging to a woman on Oct 23," he said.

Supt Aibee said the suspect continued to ask the victim for more money and told her to bank it in into his friends' accounts claiming he was abroad.

The victim then banked over RM1mil into four bank accounts belonging to the same woman via several transactions.

"She continued banking in the cash till May 31. In total, she did 65 transactions involving RM1,156,050," he said, adding that the victim never met the suspect in person.

Supt Aibee said the victim then tried contacting the suspect but could not reach him, adding that this was when she realized she had been cheated.

is being probed under Section 420 of the Penal Code for cheating. 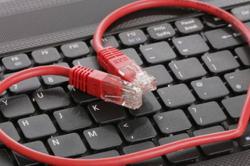