PETALING JAYA: Teachers who are glad to be back in schools are anticipating issues to arise and are urging the Education Ministry to come up with the staggered time table soon. And they prefer shorter schooling hours.

National Union of the Teaching Profession secretary-general Harry Tan said he had drafted an appeal letter to Education Minister Dr Mohd Radzi Md Jidin regarding the change in this year’s academic calendar. Tan urged the ministry not to proceed with the change as teachers, who have worked hard throughout the movement control order (MCO), deserved a good break.

Although delighted to be with his students again, English language teacher, who wanted to be identified as Seri, had mixed feelings about starting face-to-face classes.

Noting that his school had delegated duties evenly on a rotation basis, he said teachers were still trying to cope with overcrowding at the school gate when taking student temperatures in the morning.

“Currently, the time school starts is 7.30am. I hope the ministry will soon announce the staggered timetable that was mentioned,” he said.

He added that his school currently conducted staggered school dismissal. The Science and Sub Science students would leave at 1.50pm while the Art stream students finished school at 1.20pm.

A Science and Mathematics teacher, who wanted to be identified as Lim, was delighted that her class attendance was at 100%.

However, she noted that new norms paired with schooling hours that were too long could cause students to play truant soon.

“Students have to stay put in their classes with only one toilet break. They might not be able to accept this for long,” she said.

“I wore a mask and face shield because I am currently teaching a chapter that emphasises on accurate drawing and I have to go near my students to check their work.

“It is very tiring and difficult to carry out teaching activities.”

Teachers in charge of Form Five and Six classes need not carry out monitoring duties. Lim said teachers from other forms did these.

Describing herself as an extrovert, a Form Six teacher, who wanted to be known as Rita, said it felt good to be “back in the zone” with students once again.

“I didn’t realise I missed it (teaching students face-to-face) so much. It is much more satisfying to gauge whether students understood the lesson and be able to explain in greater detail when they ask for clarification,” she said.

Noting that problems could arise soon, Rita said: “Since it is only the first day, we’ll just have to wait and see. But teachers are on standby.”

A teacher from a school in Putrajaya said her school had broken up six Form Five classes into 12, housing 168 students.

“Students are reminded that self obedience, discipline and awareness can make schools a safer place for teachers to teach.

“They are also reminded to avoid the 3Cs – crowded places, confined spaces and closed conversions.”

Students happy to be back

Mah: Ministry aware some teachers unhappy over drop in holidays

Ministry to gauge how schools are faring over the weekend 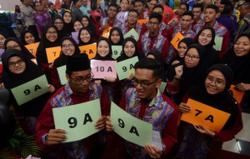 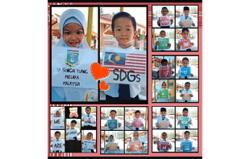