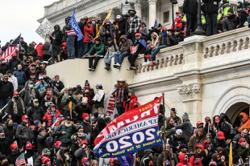 PETALING JAYA: At a young age, John (not his real name) lost his father due to illness.

Although his mother did her best to support and raise him, John fell in with the wrong crowd and eventually started acting out.

It is not unusual for the psychology programme director at Taylor’s University to handle such cases involving youngsters.

After all, the Health Ministry has estimated that over 400,000 of Malaysia’s children struggle with mental health problems. The ministry even calls it a “hidden epidemic”.Recalling her experience in counselling children, Dr Anasuya said biological factors and family dynamics contribute to mental health issues among young people.

Happily, John’s mother placed him in another school and introduced positive elements in his life.

“Over time, the situation resolved itself, ” said Dr Anasuya.

There are many who need the intervention and help that saved John. Findings from the National Health and Morbidity Survey 2019 showed that about 424,000 children in Malaysia have mental health problems. The figure represents about 8% of those aged five to 15.

The survey found that with many of the children (almost 43%), poor interaction with peers was the cause of their mental health problems. Among other major factors were conduct problems (16%), emotional problems (8%) and hyperactivity (2%).

“Malaysian parents focus on education to the exclusion of all else. During so-called big exam periods, they stop all activities for the child.

“Under such pressure, some children would think that if they were not getting good grades, they were not good sons or daughters, or even good people, ” she said.

She gave the example of schools that streamed students according to their academic abilities, even at primary school level.

“This is an important issue that schools need to address – this obsession that every student must excel. If not, they are deemed ‘useless’, ” she said, adding that on the flipside, some top-performing students may also have trouble coping with failure in life, she said.

Mental health literacy must be taught to pupils, though she acknowledged that resources needed to do so would have to be extensive.“There is no easy answer on how we can deliver such resources to all children, especially those who may need it more, such as in schools in poor urban areas and those in rural areas, ” she said.

Another possible factor contributing to mental health problems is the onset of puberty, which usually impacted girls more, she said.

According to the Health Ministry survey, kids most likely to have mental health problems were girls aged between 10 and 15, living in rural areas, and from households in the B40 category.

“A major milestone is when girls hit puberty. That is an automatic hit on female self-esteem.

A high number of children in Malaysia grapple with stress, which leads to symptoms that suggest they have anxiety or depressive disorders, he said.

“Increased use of digital technology, the negative impact of social media and increased expectations from parents and teachers can also result in such disorders, ” he said.

While the majority of children are facing undue stress, there are other youngsters who experience psychological disorders and developmental disabilities, he added

“It is more likely that the condition of this group will become more complex as they transition into adolescence, leading to poor performance and low self-esteem, ” he said, adding that mental health issues often go undetected, especially in rural areas.

“At times, due to poor detection of cases, kids with behavioural symptoms are labelled mischievous or disobedient by the school system.

“There’s a greater likelihood of such kids in rural settings having their conditions go undetected or under-diagnosed. Often, they have less access to proper treatment

and are less likely to see a therapist due to financial constraints, ” he said.

Currently, school counsellors are heavily relied on to identify and provide support to students with mental health issues, he said.

He emphasised that an “entire system of psychosocial support”, comprising family members, school and a societal system, is needed for kids to get the right kind of help.

“A multi-sectoral approach involving the education sector, mental health NGOs and parent groups is necessary to ensure the mental health needs of our children are met.

“The school syllabus may also need to be tweaked to include mental health literacy, coping skills and help-seeking pathways, ” he said.

The Institute for Public Health, which published the survey findings, had taken a nationally representative sample and used statistical methods to calculate the estimated number of children who have mental health problems.

The figures are based on the responses of over 5,000 households that participated in the survey.