By VENESA DEVI and REMAR NORDIN

Lending a hand: Teoh and his wife Chan Hui Min spotted at the Sessions Court in Johor Baru.

He pleaded not guilty after the charge was read out to him before judge Kamarudin Kamsun yesterday.

Teoh, 73, is accused of committing the offence at Southern Tigers Sdn Bhd in Tan Sri Haji Hassan Yunos Stadium along Jalan Dato Jaafar here at about 5pm on May 8 when he allegedly released a statement with the intention of hurting the feelings of others.

He is charged under Section 233(1)(a) of the Communications and Multimedia Act, which outlines the improper use of network facilities or services, an offence that carries a maximum fine of RM50,000 or a maximum jail term of one year or both and a further fine of RM1,000 for each day the offence continues, upon conviction.

Kamarudin set bail at RM10,000 with one surety.

He also fixed July 20 for the next case mention.

He ordered Teoh, who posted bail, not to make any statements on social media and electronic media until the case has been completed.

On May 9, Teoh was called up by the police for allegedly insulting Tunku Ismail after he reshared a video, which showed Tunku Mahkota and other people dressed in military attire and handling firearms.

Teoh is believed to have shared the video and used obscenities when he commented on it on his Facebook page.

In an unrelated case in the same court, a mobile phone shop owner pleaded not guilty after he was charged with bribing a Kluang Municipal Council enforcement officer with RM500 in an attempt to avoid being compounded for running his business during the movement control order.

According to the charge sheet, Chan Yee Seong, 36, gave the money to avoid getting a compound for failing to adhere to a notice under Section 109 of the Local Government Act.

The offence was allegedly committed on April 20 at the Kluang Municipal Council.

He was charged under Section 17(B) of the Malaysian Anti-Corruption Commission (MACC) Act, which is punishable under Section 24 of the same Act.

He faces a maximum penalty of 20 years jail and a fine of not less than RM10,000 or five times the amount of the bribe upon conviction.

Kamarudin set July 20 for the next mention and bail at RM10,000 with one surety. 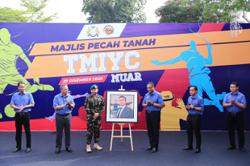 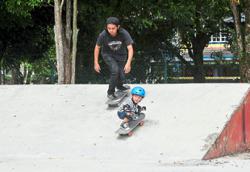