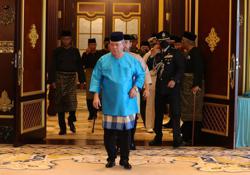 The 73-year-old pleaded not guilty after the charge was read out to him in front of Sessions Court Judge Kamarudin Kamsun here on Sunday (June 14).

The act is an offence under Section 233(1)(a) of the Communications and Multimedia Act 1998 for sharing offensive and menacing content.

If found guilty, the offence carries a maximum fine of RM50,000, a maximum jail term of one year or both and a further fine of RM1,000 for each day the offence is continued.

Kamarudin then set bail at RM10,000 with one surety and also set July 20 for the case next mention.

He also ordered Teoh not to make any statements on social media and electronic media until the case has been completed.

On May 9, Teoh was called up by the police for allegedly insulting Tunku Ismail after he re-shared a video which showed the Tunku Mahkota and other individuals dressed in military garb and handling firearms.

Teoh is believed to have shared the video on Thursday (May 8) and used obscenities when he commented on it on his Facebook page. 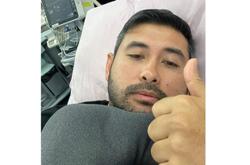 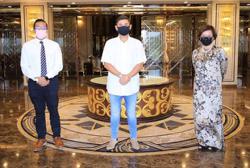