PETALING JAYA: Airlines have welcomed the government’s decision to allow them to operate at full capacity, saying this would be an economic boost to the country.

Welcoming the removal of the in-flight social distancing (ISD) measures, Malaysia Airlines said that airlines would be able to price fares more competitively for the benefit of customers while balancing the need to cover the cost of operating a flight.

“Airlines drive optimisation of fares based on available capacity and demand. The current fares reflect our current average load factor which is less than 40% for most flights,” a MAS spokesman told The Star.

He said that despite the revision to ISD rules, the existing requirements for passengers to bring and wear their own protective masks before boarding and throughout the duration of the flight (except during meal times), temperature checks and other safety and health protocols on ground prior to departure would remain unchanged.

Senior Minister Datuk Seri Ismail Sabri Yaakob had announced that flights were now allowed to operate at full capacity, as with express buses and e-hailing services.

For those travelling on flights, airlines must practise the SOP, including taking passengers’ temperatures and making it compulsory for both passengers and crew to wear face masks.

Malindo Air said it had been waiting for the decision, adding that it would finally be able to generate revenue while providing an economic boost to the country.

He said travellers flying with Malindo Air were required to understand and strictly adhere to and, comply with health and immigration requirements, as well as the travel restrictions put in place by the government.

Besides additional safety measures in the air and on the ground, Malindo, said Mushafiz, would also show a video on new air travel procedures and aircraft cleaning.

“This restart of our domestic travel by lifting the travel restrictions is an important part of economic recovery because about 10% of the world’s GDP is from tourism and much of that depends on air travel.

“Getting people safely flying again will be a powerful economic boost,” said Mushafiz.

Customers whose flights were cancelled due to the Covid-19 pandemic would be able retain the full value of the unused portion of their tickets in the form of travel vouchers, he added.

Pan Malaysia Bus Operators Association also welcomed the news but said it was worried that there might not be enough passengers to operate at full capacity.

“We welcome the announcement but we don’t know whether many people will travel yet.

“After all, we are still in the middle of the pandemic so not many Malaysians will travel without an urgent reason,” said Ashfar.

“The government can allow people to travel (interstate) but that doesn’t mean that people will start travelling yet,” he added.

He said he hoped that the government would help express bus operators weather the financial impact of the outbreak and the movement control order (MCO).

Operators, he said, were appealing to the government to deregulate bus fares, especially now that they had the added cost of sanitising their buses before their journeys.

Ashfar said operators would ensure that their drivers wear face masks on the bus.

“But what about passengers? If a passenger doesn’t want to comply, what can we do?

“Do we ask the driver to drive to the nearest police station?” he asked, adding that there should be instructions on what action bus operators could take on rogue passengers. 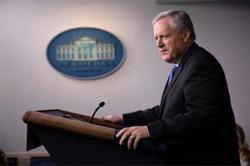 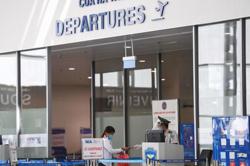 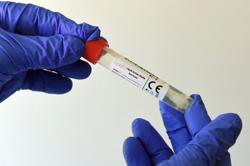