PETALING JAYA: Gig economy workers should be reclassified as "independent employees" as policymakers lack the necessary data on them to form a sound regulatory framework that will provide a more robust social safety net to assist them, says the Research for Social Advancement (Refsa).

The non-profit think tank said, in its report titled "Conceptualising the Gig Economy in Malaysia", that the gig economy is currently being treated as a separate silo of the economy with its workers facing many social and economic adversities and they are often being exploited by platform providers.

Sun Cheng Kidd, the author of the study, said the report revealed that there was a clear distinction between gig economy workers and freelancers, thus, their terminologies should not be used interchangeably.

He said unlike gig economy workers, freelancers, or those who are self-employed, have a primary income that comes from independent client-based work and do not actively make use of online intermediaries to find work, even though they may have an online self-marketing presence.

“A clear distinction between the two would enable more accurate data collection, which would eventually help policymakers to differentiate them and introduce much more targeted policies and financial assistance in the future” he said in a statement Tuesday (June 9).

Sun added that a regulatory framework is also essential as it will provide social benefits that workers currently lack such as the Employees Provident Fund (EPF) and Social Security Organisation (Socso).

"It will also allow workers to form labour unions, have a degree of legal rights, and more importantly, policymakers are able to collect data about the gig economy without relying on the platform provider’s business model," he said.

Sun added that the recent RM75mil given by the government to promote the gig economy and informal sector workforce under the Penjana Economic Recovery Plan is an encouraging start.

However, he said, the aid given by the government will unlikely be sufficient for gig economy workers to weather through this crisis.

"A long-term robust support could further be facilitated with a regulatory framework and provide a much more targeted assistance for gig economy workers," he said.

The report found that gig economy workers were unable to earn a living wage due to the gig economy’s ecosystem that is structured by platform providers, adding that its workers too are not entitled to any social security benefits.

It added that gig economy workers also are excluded from regulations that protect their fundamental principles and rights at work, are unable to form labour unions, and are not recognised by the government in which consequently makes ineffective policymaking.

The report also found that the use of the term "gig economy" has been inconsistent, thus, has contributed to widespread confusion.

The report, in its summary, noted that the government has to do more to address the challenges gig workers face as gig work is not clearly defined, policymakers lack the critical data about them, and this complicates efforts to provide them with financial assistance and social support.

It also said gig workers were some of the most vulnerable in the labour market.

The report proposed several policy recommendations, such as to establish an Income Support Scheme (ISS) for gig workers, stepping up programmes which facilitate gig workers to match with diverse gig-platforms in line with their respective skills, as well as upskilling to provide alternative gig job options. 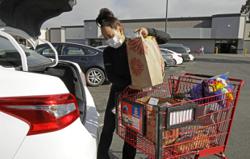 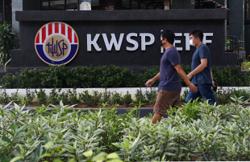 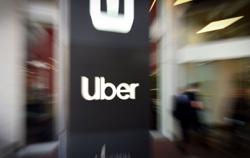