He said ATM operating hours would revert to normal from today as per banks’ practices.

The operating hours had been restricted to between 8am and 8pm during the MCO and conditional MCO as part of the government’s efforts to break the Covid-19 infection chain.

“The public, however, must keep complying with social distancing protocols while using the ATMs, ” he said at the daily media briefing here yesterday.

The government had enforced the 8am to 8pm ruling on April 19 following findings by the police that many were out late at night on the pretext of wanting to make ATM withdrawals.

On another matter, Ismail Sabri said despite the threat of being slapped with a compound of RM1,000, there were those who were still defying the interstate travel restriction during the Hari Raya Aidifitri festivities.

“A total of 169 compounds were issued by the police on Saturday, out of which 144 were issued at roadblocks to motorists for flouting the interstate travel restriction.“Perak recorded the highest number of cases with 42, followed by Selangor, Penang and Johor which all recorded 32 cases each. 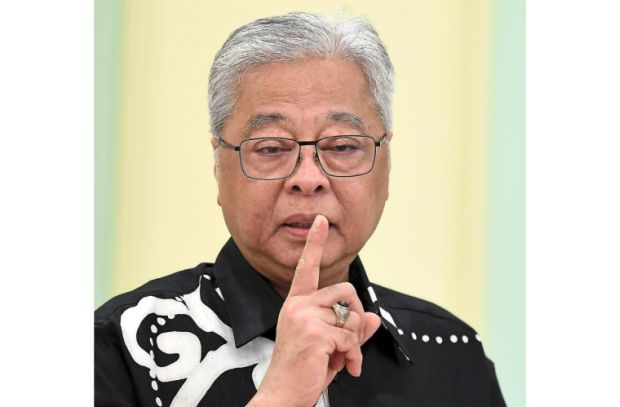 “It looks like there were still those trying to travel interstate on the seventh and eighth day of Hari Raya.

“I hope that the public will heed the conditional movement control order (MCO) regulations to avoid being compounded, ” he said.

A total of 147 roadblocks were set up nationwide and 188,844 vehicles inspected.

He also said that three Aeon outlets would be among the first commercial premises to be using the latest MySejahtera Check-In application starting tomorrow.

“The MySejahtera Check-In application will help facilitate registration and monitoring of visitors in a more structured and uniform manner for commercial premises, including factories, construction sites and offices.

“It will also allow the government in managing and controlling the spread of Covid-19 when the nation’s economy begins operating again, ” he added.

He encouraged members of the public to download the latest MySejathera Check-In as it would help in breaking the chain of the virus infection.

On the MySejahtera App, he said it had a total of 770,216 registrations with 929,276 health status evaluation.