KUALA LUMPUR: Only a portion of the Pasar Besar Taman Tun Dr Ismail has been ordered to close, and not the entire market, says the market’s traders association.

TTDI Market Traders Association chairman Jenny Loo clarified that only 40 out of the 200 lots in the two-storey building was closed as a precautionary measure.

“Many people have assumed that the entire market is closed, but this is not true.

“Based on advise by the Health Ministry, Kuala Lumpur City Hall (DBKL) ordered the closure after a Covid-19 testing session for market traders and workers on May 15, ” she said.

Loo said that stalls that were required to close, included those selling fish, poultry and other goods and were mostly located on the ground floor of the market.

“Visitors and traders do not have to worry about visiting the market, as all necessary precautions have been taken, including temperature checks and crowd control.

“The entire market has also been sanitised twice a week since March 18, ” she added.

A DBKL spokesman said several of the lots were advised to close, as one trader was suspected positive for the virus and awaiting further tests.

“As a safety precaution, stalls within a 10m radius of the individual have been closed, ” he said.

It was reported yesterday that the market would be partially closed, starting on Tuesday (May 19).

According to a notice, traders operating lots TS1-TS40, TS33A, TS34A and TS131 must cease trading until June 1.

This follows the closure of Pasar Raja Bot in Chow Kit on April 29 after several market traders, who had visited Pasar Borong Kuala Lumpur, tested positive for Covid-19. 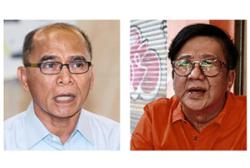 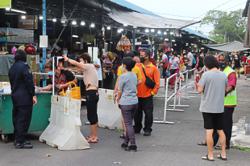 Buildings can be used as temporary depots to curb Covid-19, says Chief Secretary
M’sians looking out for one another in time of need
Port Dickson, Seremban under MCO until Feb 1
‘No adverse impact from MCO 2.0’
MEF welcomes Permai aid, but says WSP should be extended
Aid a welcome relief for rakyat
Wee: Permai will help industry players during pandemic
‘Stop quarry activities at Tg Batu’
DAP sacks Malim Nawar rep with immediate effect
‘Hotpot Datuk’ apologises, says will accept any punishment