PETALING JAYA: Kedah, Sabah and Sarawak have decided not to follow the Federal Government’s move to relax the movement control order (MCO), which includes allowing most businesses to reopen with conditions.

Selangor and Negri Sembilan have said they would restrict the number of businesses when operations resume on Monday (May 4).

Kedah Mentri Besar Datuk Seri Mukhriz Mahathir said the state would not follow the implementation of the conditional MCO rules on Monday.

He said a special security committee would meet on Tuesday to study the implementation of conditional MCO to ensure it was suitable for the state, saying it would scrutinise the requirements and guidelines announced by the Federal Government.

In a statement, he said Kedah would not compromise on the safety and welfare of the people, and he urged Kedahans to stay at home, adopt good hygiene and practise social distancing.

The state government also decided not to allow any sports or social activities to resume, as the number of active cases was still high.

Aminuddin said although the state agreed with the Federal Government on opening up certain sectors of the economy from tomorrow, it decided that some sectors should remain closed after getting public feedback.

“Some restaurant operators have also voiced their concerns about allowing dine-ins for now. So we will continue with the earlier arrangement of only allowing takeaways, and this includes food trucks, ” he told reporters after a visit to the wet market here on Sunday (May 3).

Selangor Menteri Besar Datuk Seri Amirudin Shari said the state would review the preparedness of local authorities in handling the resumption of operations by companies.

It is understood that the state government is seeking the views of the various councils on their readiness to carry out enforcement and monitoring in the country’s most populous and industrialised state.

Penang said it would implement the conditional MCO “in three phases” starting May 4. Chief Minister Chow Kon Yeow that although it is necessary to restart the economy in the state, it cannot take the risk to completely loosen the MCO.

"The state is preparing the guidelines from May 4 to May 8, further updates will be given soon after.

"The next phase will be from May 9 to May 12 and then May 13," he said in a live press conference on social media on Sunday.

Pahang too said it would be maintaining the status quo on the MCO for now. Mentri Besar Datuk Seri Wan Rosdy Wan Ismail said although the state government supported the Prime Minister's announcement on the conditional MCO, the details still had to be worked out specifically for Pahang.

"The Pahang government has to study and fine-tune it to match the current state of the Covid-19 outbreak in Pahang.

"This will be discussed further in the state security working committee's weekly meeting on May 8," he said in a statement Sunday (May 3).

Sabah said it would not be adopting the Federal Government’s conditional MCO.

Chief Minister Datuk Seri Mohd Shafie Apdal said Sabah would maintain the restrictions put in place in phase four of the MCO which will end on May 12.

“Our decision to maintain the MCO is to check on the spread of Covid-19 virus in the state and protect the people, ” he said in a brief statement Sunday.

He urged all members of the public to continue to observe the MCO rules currently enforced in the state.

Sarawak also decided not to implement the conditional MCO until it had studied the implications this will have on the state, the Sarawak Disaster Management Committee (SDMC) announced.

Chief Minister Datuk Patinggi Abang Johari Tun Openg said the state government would evaluate the approach according to the needs and uniqueness of the state. 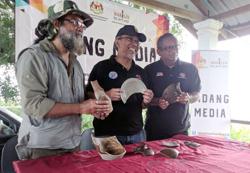 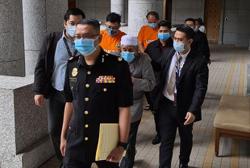