DESPITE having no acting jobs for quite some time, comedian Salih Yaacob (pic), 60, who has three wives, is grateful his family is doing well during the movement control order (MCO) period, reported Harian Metro.

“Despite not having an acting job for almost a year and being under the MCO period now, I can still feed my family.

“I also do not have to ask for assistance from anyone or relatives.

“Most importantly, God has given me and my wives, children and grandchildren good health, ” he added.

Salih said he spent most of his time with his family during the MCO period.

“All my three wives stay near to one another. So there is no problem for me to travel from one house to another.

“And they always cook and help each other. The close relations between us all makes me happy and I wish to spend the rest of my life with them, ” he added.

Salih said he left the entertainment industry when he quit his job at a radio station last year.

> Local fashion icon Wak Doyok was called by the Johor police to have his statement recorded after he allegedly used a signet ring with the Sultan of Johor’s royal emblem, reported Berita Harian.

He said Wak Doyok claimed that he bought the ring online in 2018 from an Indonesian company.

“It is actually an old case. However, a police report was lodged on Tuesday by the Johor state government.

“Wak Doyok is being investigated under Section 3(1)(c) of the Johor Emblems, Titles and Awards (Prevention of Improper Use) Enactment 2017, ” he added. Wak Doyok has since apologised to the Johor royal family on Instagram.

He wrote: “I’ve truly realised that my mistakes were due to my ignorance of the royal protocol. I am truly sorry for accidentally crossing the line and I promise not to repeat the same mistake again.”

He also apologised to the people of Johor for his mistake.

Wak Doyok is an actor who started out as a fashion personality on social media. 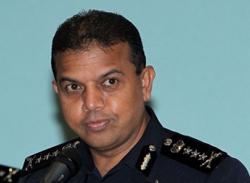 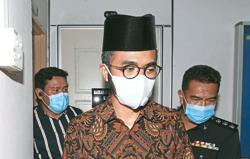