Cleaner waterways and rivers during MCO

The sea at Batu Ferringhi is cleaner thanks to reduced human and industrial activity during the MCO. IWK safely discharges treated effluent into the sea at a level of treated quality according to DOE standards

In the midst of the current COVID-19 global pandemic, an unexpected silver lining has come about for the natural environment.

As human activities and movement outdoors decrease, there are increasing numbers of examples of improvements in the surrounding environment. One of these beneficiaries is waterways - where rivers, estuaries and seas have become clearer and cleaner.

Globally, countries have seen their waterways clearing up with decreasing amounts of debris and rubbish from human and industrial activity, and, subsequently, native animals are returning to their natural habitat as human activity slows down drastically thanks to the period of movement restriction and industrial activities are suspended temporarily.

A similar scenario is occurring in Malaysia, as those living nearby Klang River recently reported that the water has been noticeably clearer and cleaner.

The river water at Sungai Simpang Kanan, Kluang is noticeably cleaner during the MCO.

These rivers have often been the targetted hotspots and “victims'' of pollution with floating rubbish clogging up and running through commercial, industrial and residential areas. Many rivers in Malaysia are highly polluted, often resulting in water supply disruption in many states, particularly Selangor.

In 2019, Selangor went through the agony of water disruption, a consequence that was largely attributed to irresponsible and harmful acts by individuals who had caused environmental damage. Incidents of criminals dumping waste illegally into the sewer pipelines crippled the established routine of water supply to households.

As a national sewerage company, Indah Water Konsortium (IWK) Sdn Bhd had to deploy additional resources to curb and remedy such actions in these instances, but it has to be noted that there are also more than 400,000 manholes nationwide, which could be potential spots of illegal activity for individuals or groups intending to cause harm.

As an essential service, IWK also continues to operate and maintain the public sewerage system, providing sewerage services to households in Malaysia. Sewerage work has long been regarded as difficult, dirty and dangerous (3D) work, thus, this necessary work is often unseen as the work involved happens at the very final stage of the water cycle – treating waste water from premises to the level where it can be safely released into the waterways in the form of effluent. 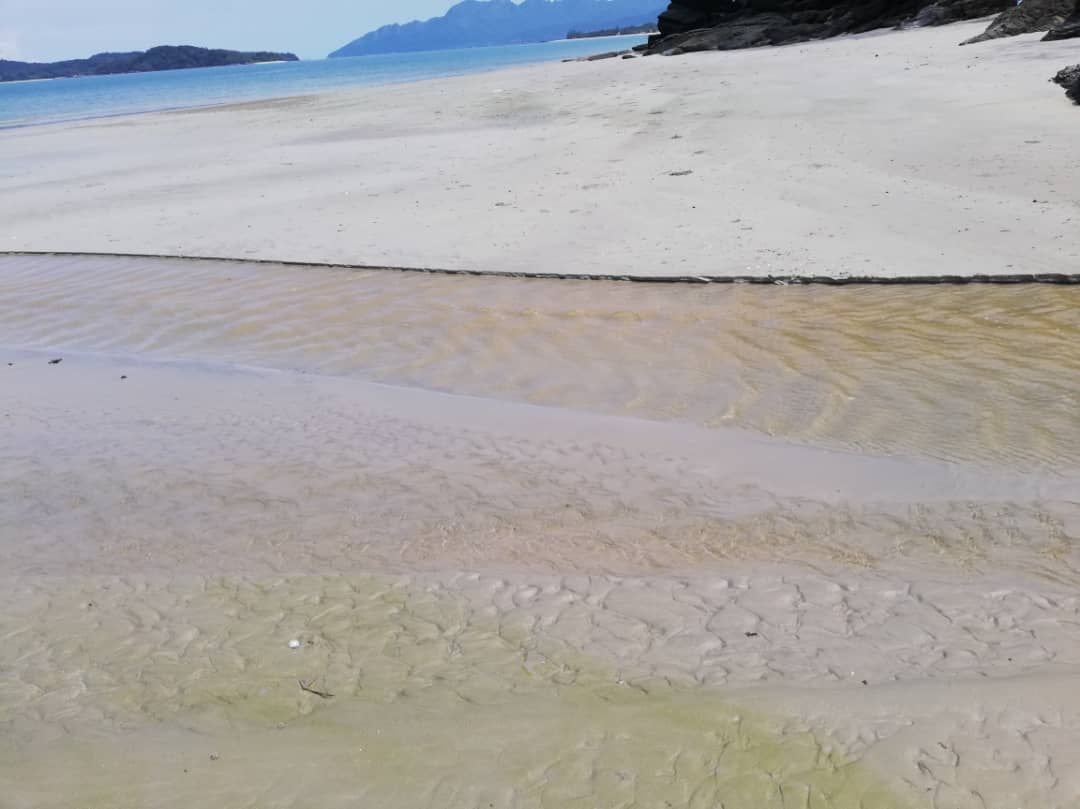 The operational frontliners managing the assets of 8,147 Sewage Treatment Plants (STPs) and network pumping stations are doing their level best to ensure that the sewerage system runs smoothly throughout this difficult period. The sewage treatment plants are operational 24 hours a day, seven days a week, 365 days a year. It is also especially important for the system to function at its best during this crucial period, that utility accessibility to households cannot afford to be interrupted or to fail, otherwise its impact could even be more severe, as households require clean water for washing hands and household items to ensure good hygiene during the pandemic. 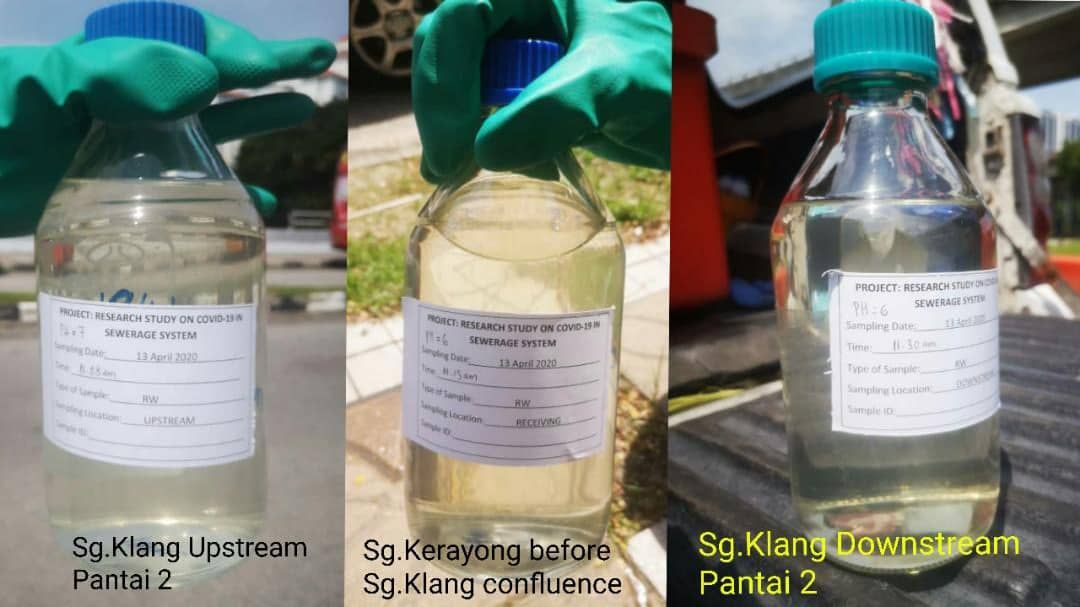 While human activities and movement are restricted, IWK sewage treatment plants continue to discharge effluent into some of these rivers that have experienced significant improvement.

The quality of effluent discharge is treated to a level where it can be safely released into the rivers. This is because IWK’s operation complies with standards set by the regulators and authorities.

For instance, there are 954 of IWK’s STPs with a 9,800,000 population equivalent, which discharges the equivalent of 2,200 million litres per day (mld) into the Klang River and all these STPs release effluent as per standards set by the Department of Environment (DOE).

However, what many people are unaware of is the various pollution points along the rivers. 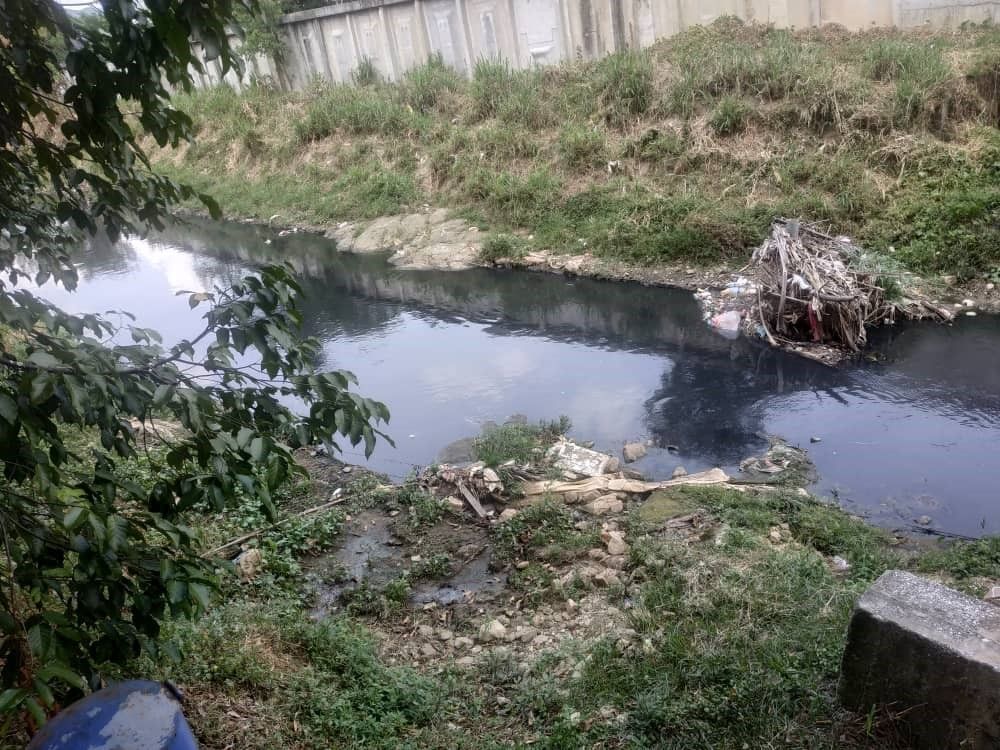 Sungai Gisir before MCO in March (above) and during MCO (below). Sg Gisir is a tributary of Sg Klang located near Hulu Klang, Selangor. 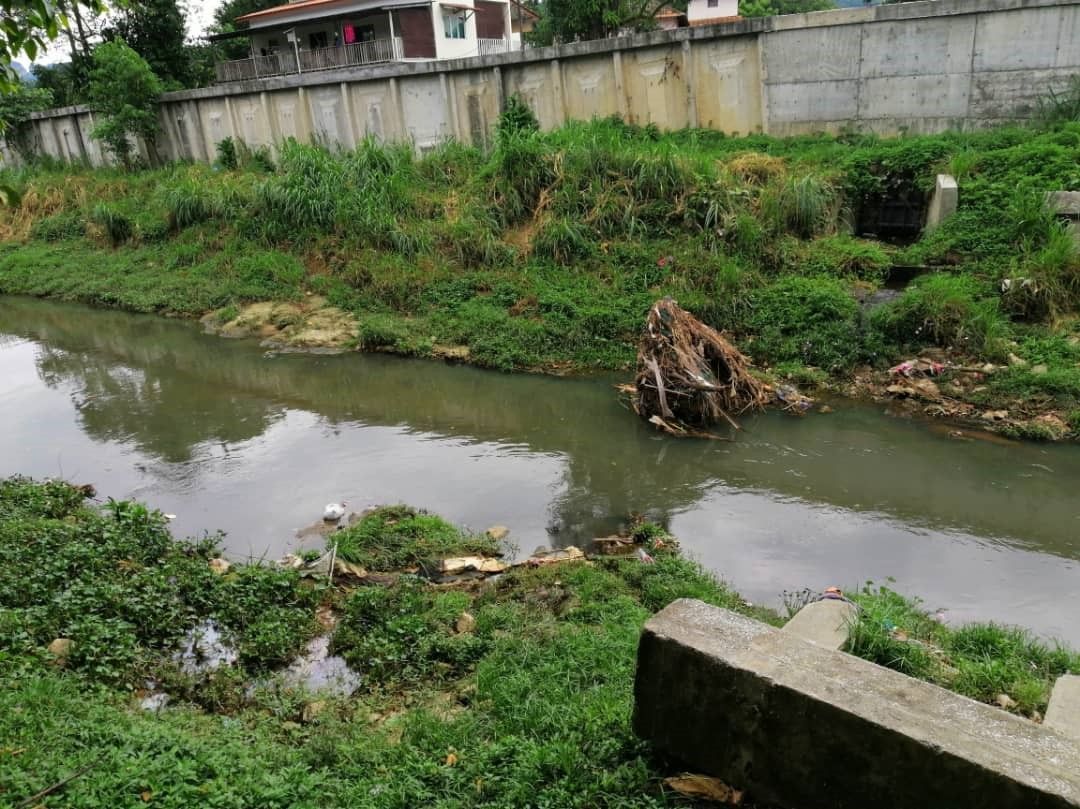 IWK was often on the receiving end of the blame various times, accused of discharging “black water” by some of the nearby communities. But since the temporary closing of commercial sectors such as hotels and restaurants during the MCO, IWK’s Pantai Tengah Regional Sewage Treatment Plant LKI029 (RSTP) has contributed significantly to clearer water in Pantai Cenang and Pantai Tengah, discharging 4.16 MLD of effluent into the water way.

While the MCO period has proven beneficial for the environment, one wonders what will happen when the movement restriction is lifted and the public reverts to their daily routines.

If we do not care for our rivers, destruction of one of our most valuable water resources beckons.

Hence, in this MCO period, it is with great concern that IWK continues to remind the public to be vigilant of such activities and continuously work in unison to care for the environment.

The hope is that the public can appreciate the services provided by IWK, the results of which can be visibly seen. IWK has over the years brought tremendous improvement to the efficiency in the operations of all public sewage treatment plants despite being denied tariff adjustment for 26 years and is highly compensated by the Federal Government. Its current tariff is the lowest in the world, having been unable to cover operational expenditure with year-on-year collection efficiency of 60%. The awareness on the importance of treating sewage is important as it ensures a better living environment for all of us.