SELAYANG: Ten foreign workers at the Selayang Wholesale Market have been told to self-quarantine for 14 days after attending the tabligh event at the Seri Petaling Mosque held between Feb 28 and March 2.

They were identified during a two-hour joint operation conducted by Kuala Lumpur City Hall (DBKL) and the Health Ministry (MOH) on Wednesday (March 25).

DBKL Corporate Planning Department director Khairul Azmir Ahmad said during the operation, the workers were closing their stalls, which had been operating from 10pm the night before. 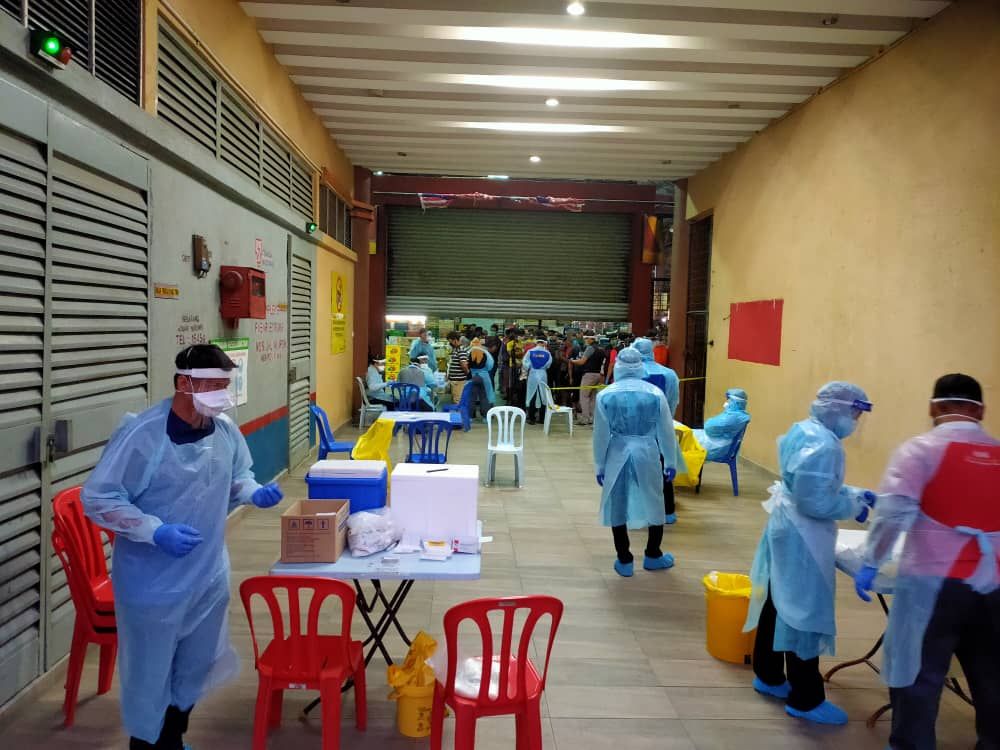 "When we arrived, some workers attempted to flee because they thought we wanted to catch them, but we were only doing a screening for Covid-19.

"From a check on 400 foreign workers, 10 were identified as exhibiting symptoms such as fever and cough. Their samples were taken for further investigation," he said, adding that majority of the workers were from Myanmar, Bangladesh and Indonesia.

"DBKL would continue to assist MOH in carrying out health screening at wholesale markets in the city from time to time," said Khairul.

Mayor Datuk Nor Hisham Ahmad Dahlan said drones would be deployed to monitor activities of foreigners at wholesale markets.

During the operation, which began at 6am Wednesday, DBKL also confiscated items from five premises for operating without a valid licence.