Malaysians to resume work in Singapore

KUALA LUMPUR: Some 300,000 Malaysian workers who were left in limbo following the implementation of the movement control order (MCO) were given a huge boost when they were allowed to resume work in Singapore.

These workers were commuting daily to the republic.

They will now be provided temporary accommodation during the MCO period.

This follows after the Malaysian and Singapore governments agreed that Malaysian workers can continue to work in Singapore, said Defence Minister Datuk Seri Ismail Sabri Yaakob.

He said the Singaporean government had agreed to facilitate the provision of accommodation for the Malaysian workers for two weeks and after that, it would screen the workers to check their health before their return to Malaysia.

“This is what we have discussed and agreed upon,” he told a press conference yesterday on non-health related matters after a special meeting by ministers on the MCO implementation.

The MCO has been imposed from March 18 to 31 and many Malaysians who travel to Singapore daily to work could not leave the country to work in Singapore or those who had entered could not return for the day.

Singapore, on the other hand, would suffer from a shortage of workers without the Malaysians there.

These workers will now be assisted and placed temporarily while waiting for employers to find them suitable accommodation, said Wisma Putra.

Malaysians in Singapore who have accommodation problems are urged to contact the Malaysian High Commission for assistance, said Kamaruddin.

The Malaysian High Commission in Singapore can be contacted at +65-6235 0111 and is at 301, Jervois Road, Singapore. The email is mwsingapore@kln.gov.my.

Ismail Sabri also said the import of food products to Singapore continues and the drivers will be screened, and the cost will be borne by Singapore.

He also said that the two countries had decided to set up two joint committees – a joint committee chaired by himself and the Singapore Defence Minister and a joint working committee comprising several ministries headed by the Foreign Ministry secretaries-general of both sides.

The Johor government will also be involved in the discussions between the two countries because it involves the movement of people between Johor and Singapore, he added.

In a separate statement, Home Minister Datuk Seri Hamzah Zainudin said the MCO prohibited Malaysians from leaving the country but exemption was given to long-term pass holders of a third country with the condition they do not return to Malaysia before March 31.

“They are required to show documents and proof, as well as references at the Immigration counters,” he said.

Another category of Malaysians who are allowed to leave are diplomats assigned to the various embassies.

Hamzah said foreigners who held a work permit and student permit, expatriates and Malaysia My Second Home participants currently overseas were not allowed to enter Malaysia.

“If their pass expires during this period, they can return to Malaysia within three months after the MCO ends. They must renew their permit or pass within 30 days,” he explained.

He said foreigners whose pass or permit was expiring and intended to leave the country could do so through any entry or exit points.

“If they want to extend their existing pass, this must be done within 14 days after the order ends,” he added. 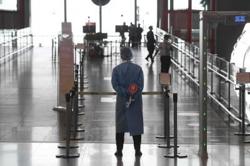 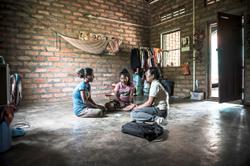 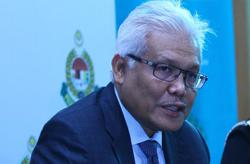