A letter from Muhyiddin addressed to Marzuki stated that he was being relieved of his post as party secretary-general effective March 18.

"I thank you and appreciate all your contribution and services during your tenure as Bersatu secretary-general," said the Prime Minister.

Marzuki is currently in the running for the post of deputy president in the inaugural party polls. He was nominated by Kedah Mentri Besar and former Bersatu deputy president Datuk Seri Mukhriz Mahathir.

Marzuki, a senator, was the former deputy foreign minister in the previous Pakatan Harapan government under Dr Mahathir.

Marzuki, when contacted, said he would not be commenting on the sacking, until after Dr Mahathir has made his comments. 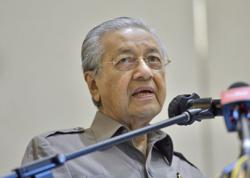