Talian Kasih back in service

“Talian Kasih will be continued with its present aim of receiving complaints pertaining to women, family and community issues, particularly to address emergency incidents involving welfare and community, ” she said in a statement yesterday.

At the same time, Rina also said the government decided to set up a special hotline (03-8888 2010) to address questions and complaints by the public on any issues relating to the MCO, which was imposed due to contain the Covid-19 outbreak.

Yesterday, Rina drew criticism from politicians and NGOs after a tweet by the Women and Family Development Ministry announced that the Talian Kasih hotline would be suspended for two weeks from March 18-31. The tweet, however, was deleted shortly after.

Moments later, a check by The Star on the Women and Family Development Ministry Twitter account found that it announced the reactivation of the Talian Kasih hotline.

Former women, family and community development minister Datuk Seri Dr Wan Azizah Wan Ismail regarded the Talian Kasih hotline as an important service that should not have been shut down for the MCO.

“Just because everyone is told to stay at home, it does not mean they do not have any issues, or there won’t be missing or abused children.

“In fact, in a situation where people are told to stay at home for a long period of time, this hotline can be important to those facing problems or depression, ” she said.

Her views were echoed by her former deputy, Hannah Yeoh, who pointed out that the Talian Kasih hotline was to ensure that emergency hotlines such as 999 and 112 are not burdened with many other issues.

“Talian Kasih must be seen as an essential service because during such times, the targeted groups are in the most vulnerable position.

“The decision to temporarily shut down Talian Kasih would not have happened if a member of the National Security Council (NSC) was previously the first woman deputy prime minister, who’s also the women, family and community development minister, ” she said, referring to Dr Wan Azizah.

Sisters in Islam executive director Rozana Isa questioned the initial suspension of Talian Kasih, as she pointed out that this was a time when women and children might need help the most.

“When NGOs like the Women’s Aid Organisation, Women’s Centre for Change (WCC) in Penang and others can continue their services, can’t Talian Kasih continue even for a few hours a day?” she asked.

WCC executive director Loh Cheng Kooi agreed, saying: “Even with limited resources, women and children’s NGOs like WCC are still running our services, with our social workers working from home.”

Child abuse and domestic violence made up the bulk of the total calls received in Talian Kasih, Dr Wan Azizah was quoted as saying. 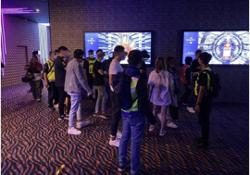