PM tells Rina to work closely with her deputy

He said he had briefed Rina on what to do and asked for the public to give them some time in their new portfolio.

“She is new there but it is not that she totally lacked experience. The new portfolio requires her to take a bit more time to study.

“But honestly, I told her to work closely with her deputy on certain matters, ” he said after chairing the first Economic Action Council meeting here yesterday.

Rina was previously the Rural and Regional Minister under the Pakatan Harapan government.

Her critics were of the view that the focus should be on bread-and-butter issues.

(MAS had reportedly asked its employees to take up to three months of unpaid leave from April to help it cope with the impact of the pandemic on the travel industry.)

“Please help them address this issue first. Most of them are youths, ” Syed Saddiq wrote.

Muhyiddin said it was more important to look at the government’s views rather than the personal views of a minister or a deputy minister.

“That is the position that she and her deputy will have to understand.

“Please bear with us and we will manage it, Insya Allah, ” he said.

Siti Zailah, in a series of tweets posted on Friday, dismissed accusations that PAS’ women’s wing had pressured her to expedite the implementation of the shariah-compliant attire policy.

However, she pointed out that the issue was raised by her in Parliament in 2017, while arguing the need for a woman to cover up. 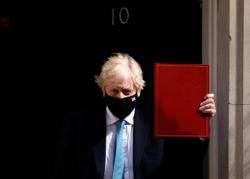