Saifuddin: Leave PKR, and a RM10mil fine awaits you

PUTRAJAYA: PKR secretary-general Datuk Seri Saifuddin Nasution Ismail claims that the party is in the process of collecting the RM10mil in penalty imposed against anyone abandoning the party.

He said the matter is being dealt with by the PKR treasurer.

“We are in the process of getting those who defected to pay up," Saifuddin told reporters after a farewell do at the Domestic Trade and Consumer Affairs Ministry, where he has served as minister for 21 months.

In 2018, all PKR candidates for the 14th General Election signed a legal document to prevent them from defecting to another party.

The signing of the legal document, which will see elected representatives fined RM10mil should they defect to another party - has been a practice within PKR.

Among those who may have to pay up is Johor’s Pemanis assemblyman Dr Chong Fat Full, who announced his exit from PKR and stated his allegiance to the new state coalition government.

He was among 10 state exco members, who were sworn before the Sultan of Johor Sultan Ibrahim ibni Almarhum Sultan Iskandar earlier on Friday (March 6).

Several PKR lawmakers, who left the party after its deputy president Datuk Seri Azmin Ali and vice-president Zuraida Kamaruddin were sacked, may also have to pay the RM10mil penalty.

Saifuddin, who is also Pakatan Harapan secretary-general, said it was not game over for the coalition.

“We have a few things in our line-up, which we will announce from time to time, ” he said

Asked if this included bringing up the motion of no-confidence against the Prime Minister in the Parliament, Saifuddin replied in the affirmative. 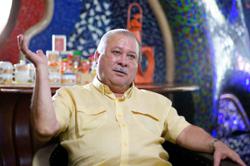 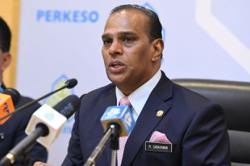