KUALA LUMPUR (Reuters): Tun Dr Mahathir Mohamad is proposing to lead a unity government and has invited lawmakers from across rival political parties to join, political sources said on Tuesday (Feb 25), after his shock resignation as premier.

Dr Mahathir proposed the idea of a grand coalition to leaders of the major political parties he met on Tuesday morning, including those from his recently collapsed coalition and the parties they defeated in the 2018 election, the sources said.

"In the absence of another candidate, it appears that Mahathir is poised to form the government," one of four sources with direct knowledge of the matter said.

"There won't be any political entity. We might be a government of no parties," the source said.

A second source said,"The plan now is for a non-partisan unity government."

The sources did not want to be identified as they were not authorised to speak to the media. 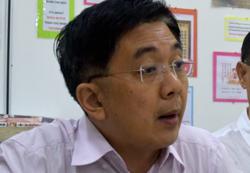