By RAZAK AHMAD and ZAKIAH KOYA

PETALING JAYA: The Pakatan Harapan Government collapses after losing its majority in Parliament with the exit of 26 Bersatu MPs and 11 others from PKR.

In addition, Pakatan also counts on its partners Parti Warisan Sabah (9) and Upko (1).

Earlier on Monday (Feb 24), Bersatu president Tan Sri Muhyiddin Yassin announced the exit of the party from the ruling coalition.

The departures mean that the grouping comprising Pakatan Harapan and its partners Warisan and Upko are now only left with 102 MPs, short of 10 MPs needed to form the minimum majority 112. 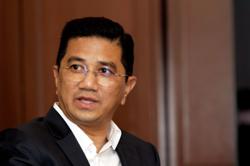