PETALING JAYA: The flurry of activities over possible realignment of the country’s political landscape continues on Monday (Feb 24) with several events scheduled to take place.

Here is the timeline of the events:

12.17am: Tun Dr Mahathir Mohamad’s resignation as Bersatu chairman has been rejected by the party’s supreme council.

Bersatu supreme council member Mohd Rafiq Naizamohideen, who was met by reporters at Bersatu’s headquarters, said this after attending a special party meeting on Monday night.

“We want Dr Mahathir to continue leading Bersatu and our country to greater heights.”

Mohd Rafiq also said that that a group of Bersatu supreme council members is set to meet Dr Mahathir at his residence in Seri Kembangan on Tuesday (Feb 25) morning.

Asked if the meeting was agreed by Dr Mahathir, he merely said “we will try to arrange”.

Mohd Rafiq also said he could not disclose the exact time when they will be meeting Dr Mahathir.

10.30pm: Attorney General Tan Sri Tommy Thomas says there is no time limit attached to the office of the interim premier, who may decide whether to appoint Cabinet members at his discretion, MalaysiaKini reported.

"An interim PM has all the powers attached to the office of prime minister. That includes appointing or not appointing cabinet members as he wishes.

"Because Dewan Rakyat sits from March 10, a confidence motion can be moved for him or anyone else. There is no time limit to the office of an interim prime minister. Hence to state there is a 10-day or any other definite period is wrong," Thomas was quoted saying by MalaysiaKini.

9.50pm: King consents to revoking DPM, Cabinet line-up. Mohd Zuki said the cancellation of the appointments are done on the advice of the Prime Minister as stated under Article 43(5) of the Federal Constitution.

9.40pm: Despite speculation of an exodus of MPs Bersatu, Dr Maszlee Malik says he will remain in the party. “I was just about to enter the Bersatu building. Why would I be quitting?”

He said this to reporters when met at the Bersatu headquarters at Yayasan Selangor Monday.

8.40pm: Several former PKR leaders who are aligned to Datuk Seri Azmin Ali have been spotted gathering at a hotel in PJ.

7.25pm: Chief Secretary to the Government Datuk Seri Mohd Zuki Ali announces that the Yang di-Pertuan Agong has accepted Tun Dr Mahathir Mohamad's resignation as PM. The King has also appointed Dr Mahathir as interim PM until a new prime minister is appointed under Article 43(2)(a) of the Federal Constitution. 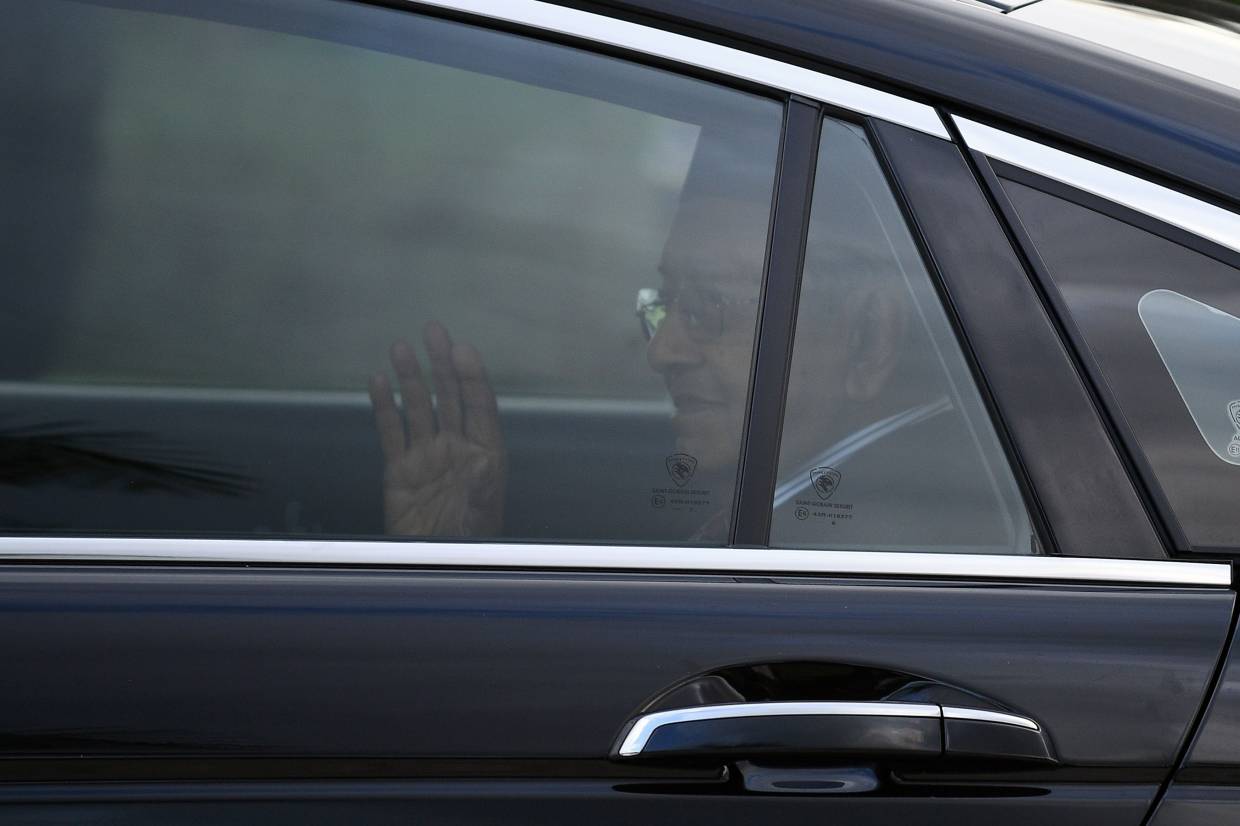 4.40pm: Tun Dr Mahathir Mohamad arrives at Istana Negara for an audience with the Yang di-Pertuan Agong Al-Sultan Abdullah Ri'ayatuddin Al-Mustafa Billah Shah after submitting his resignation as PM earlier in the afternoon. A file picture of Anwar speaking to Dr Mahathir at a news conference.

4.35pm: Anwar: I appealed to Dr M to stay on as PM but he refused to be associated with past regime. When asked if he would still be the country's eighth prime minister, the lawmaker merely smiled and said: "We shall see."

3.15pm: Anwar and Dr Wan Azizah have left the Palace, less than an hour after they arrived.

2.18pm: PKR confirms deputy president Datuk Seri Azmin Ali and vice-president Zuraida Kamaruddin have been sacked from the party. Azmin, Zuraida and nine other PKR MPs aligned to his faction announce they are leaving PKR to form independent bloc

2.10pm: PMO confirms that Dr Mahathir has sent in his resignation letter to the King.

1.45pm: Reports surfacing that Dr Mahathir has sent in his resignation letter.

1.40pm: Saifuddin Nasution is expected to have a press conference with other leaders soon. Anwar will not be joining the press conference as he will be rushing to Istana Negara for a meeting at 2.30pm there.

12.45pm: Anwar and Dr Wan Azizah Wan Ismail arrive at PKR headquarters for a special meeting with party leaders. Anwar told reporters waiting outside that he was satisfied with his meeting with Dr Mahathir.

10.25am: Anwar, Dr Wan Azizah and Guan Eng leave Putra Perdana after learning that Dr Mahathir is not at the office. It is believed that they are headed to the Prime Minister's house at the Mines, Kuala Lumpur. Negri Sembilan Mentri Besar Datuk Seri Aminuddin Harun had a 30-minute audience with state ruler Tuanku Muhriz Tuanku Munawir on Monday morning (Feb 24) at Istana Hinggap.

10am: Selangor Mentri Besar Datuk Seri Amirudin Shari has summoned all PKR state assemblymen to congregate at his official residence. He is expected to brief the Selangor Sultan after the meeting is over.

9.45am: Health Minister Datuk Seri Dr Dzulkefly Ahmad jokes at an event that this may be his last event as a minister.

On Sunday (Feb 23), several key leaders of the ruling government parties and also from the Opposition attended a special meeting at a hotel in Petaling Jaya. It was a closed meeting, raising questions over the purpose of the meeting.

Before that, there had been separate meetings involving several political parties amid talk of a possible realignment of the country’s political landscape.

Party leaders were tight-lipped as to what was discussed at the closed-door meetings, in the federal capital and Petaling Jaya, which drew intense media attention.

Earlier on Sunday, Umno held a special supreme council meeting for about two hours from 4pm at the Putra World Trade Centre (PWTC).

Bersatu also held a special meeting at the party headquarters at Menara Yayasan Selangor in Petaling Jaya, chaired by party chairman Tun Dr Mahathir Mohamad, who declined to comment when reporters swarmed around him as he left the premises.

Several MPs from political parties in Sabah and Sarawak also held meetings in the federal capital.

Anwar during an event at his Bukit Segambut residence on Sunday night, said his side is awaiting information on what he described as an attempt to set up a new government.